Dear Brethren and Co-Workers in Christ:t

Greetings from the Five Cities region of  California.

In many ways this has been a frustrating, though productive week.

Let me simply share two of the frustrations here.

One of the frustrations has to do with the book, Beliefs of the Original Catholic Church. In June, we submitted a complete book file to Amazon-Kindle which said they needed more information to approve it. We provided that in an email and it was approved.

However, our graphics man had submitted the wrong size book. Once I learned that, I had him reformat it.

We resubmitted last week, and got some odd email. After dealing with that, this week, we then got the same email Amazon-Kindle sent us in June on the same book, which said they needed more information to approve it. I provided that (basically by copying the same email I had sent them in late June), but this time they said that they needed more information but could not tell us precisely what because of their internal procedures — which is what we seemingly needed to get their approval as they never specified the “problem.” Anyway, I emailed Amazon-Kindle again, reminded them they already approved the book in June, and said if they could not tell me a reason for not approving it we would publish it elsewhere. So, without providing any additional information, Amazon-Kindle approved it. So, we should be able to get some copies by the Feast of Tabernacles.

Another frustration to mention is that elder Aleksandar ‘Sasha’ Veljic and I have been working to get him a visa so that he can go to Australia for the Feast of Tabernacles. Sasha keeps running into online problems–and online looks to be the only way to get the visa permission to enter Australia from Serbia. We also had problems with something else related to supporting documentation for the application from a different organization. We have come up with a plan that will at least, hopefully, make it so his visa request can at least be submitted. If that works, then hopefully the visa will be approved and he can go to Australia to baptize as well as give sermons at the Feast of Tabernacles. Please pray about this.

We have intended to send myself or Sasha to Australia since early 2020, but COVID restrictions stopped that in 2020 and 2021. It would be great if he can get to go to Australia in 2022.

Anyway, we all need to “push ahead,” despite difficulties around the way.

Herb Haddon sent the following email from Canada regarding Haiti: 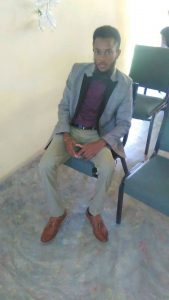 Dr. Thiel;
Greetings from Canada.
We have just received word from Moise that they have received the package containing recorded messages for the Feast.
We also discussed with Moise the possibility of reordering bibles to be delivered to his location.   You will recall that on a previous attempt to have bibles sent,  Moise suggested we cancel our order and wait until packages can safely be delivered.  Due to the unrest and gang violence in Haiti,  packages have been confiscated.  We will attempt another order with the Bible society.
Following is the note from Moise regarding the recent parcel delivery:
Greetings dear brother,
I hope this message find you well.
Please let Dr Thiel knows that Package arrive, I’m on the way coming to take it in  “Aquin Sud” at the address I always received things.
Sincerely,
Herb and Gisele Haddon

Yes, I took a chance sending some CCOG items to Haiti and am glad they arrived. A second package with books I had sent arrived separately yesterday.

Haiti is in devastatingly bad shape and the people there need our prayers.

That said, in addition to Haiti, we sent Fall Holy Day DVD recordings to India, the Philippines, and various parts of Africa.

Although YouTube and its parent company Alphabet (AKA Google) continues to discourage people from finding our content, we still are reaching many through them.

Regarding YouTube, last week I reported increases in subscribers to our channels there.

Unrelatedly and shortly thereafter, YouTube sent a report that in the past month, 4,496 views on our main sermon channel with them and 3,117 on our main sermonette channel. This does not include our other YouTube channels or other platforms that sometimes play our videos. Anyway, that is 40% less than what we used to get several years ago. If YouTube was not shadow-banning us, we would probably have about 4 times or so the views we are currently receiving.

However, it is because of encountering shadow-banning and other forms of censorship that we decided to look to find through other doors to go through as well. Not just additional online video platforms, but also through some open doors of radio (see also CCOG Multimedia).

As far as our Google campaigns go, we are doing very well. We have now reached over 403,000,000 impressions. That means computers (including ‘smart phones’) around the world were reached over 400 million times with parts of the good news for those who put in various search terms. We ARE reaching millions of computers/cellular telephones each month!

It seems like never before in Church of God history have so few reached so many with so little resources. God has blessed the tithes and offerings we have received to give a witness to multiple millions around the world.

We have information on church history, the true Church of God, and God’s plan of salvation that we are promoting around the world through our Google campaign as part of the work we are doing to assist in fulfilling Matthew 24:14, Matthew 28:19-20, and Romans 11:25.

We also have a campaign with Microsoft that targets and reaches Sabbath keepers–this has reached over 285,000 computers/cellular telephones around the world. 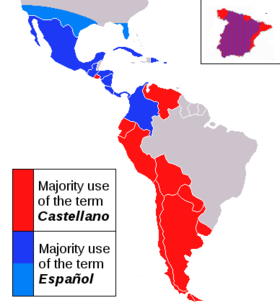 The Continuing Church of God continues to get additional materials translated into the Spanish language.

Here are some news items that we received Tuesday which were posted at COGwriter.com:

We have also additional Spanish language videos on our CDLIDDSermones channel.

Our Spanish translator normally provides translated news items once or twice per month.

Additionally, we have a volunteer in Canada who began work on translating our Youth Bible Lessons into the Spanish language. We received the first translation on Tuesday and we will now see how to incorporate it with the drawings and other art from the English version of the lesson. This may be a bit complicated, but we intend to announce the lesson once it is formatted and ready for publication in a future Letter to the Brethren.

The Continuing Church of God is reaching people around the world in multiple languages via the internet, printed literature, and human church leaders.

We may see an escalation of the fighting in Ukraine as its President Zelensky has stated that he intends to fight until Russia gives back Crimea (see ‘Ukraine war must end with liberation of Crimea – Zelensky’). Russia has no intention of giving up Crimea, nor for that matter, at least certain parts of the Donbas. We will not have true peace until after Jesus returns.

The search/raid by the US Federal Bureau of Investigation into the Florida home of former US President Donald Trump is contributing to more division in the USA (see SS: Will there be a 2nd civil war in America? Growing calls for ‘civil war’ after FBI search). As Jesus said, “Every kingdom divided against itself is brought to desolation, and a house divided against a house falls” (Luke 11:17). Despite its military strength, the USA will fall (cf. Daniel 11:39).

As far as division goes, there is division and some unrest in Tunisia (see VOA: With New Constitution, Tunisia Begins Uncertain Chapter; COGwriter: Tunisia will support the coming King of the South) and the Arab world. However, that will end in a temporary, militaristic unity, which will end in disaster (cf. Daniel 11:40-43).

There was a presidential election in Kenya on Tuesday–the results of which are expected next week (see VOA: Why Kenya’s Presidential Election is Important ). Neither in Kenya, nor the USA, nor the EU, the Arab world, nor any human government, will any one leader solve the problems facing humanity. We need the return of Jesus and the establishment of the Kingdom of God.

3 For this is the will of God, your sanctification: that you should abstain from sexual immorality; 4 that each of you should know how to possess his own vessel in sanctification and honor, 5 not in passion of lust, like the Gentiles who do not know God; 6 that no one should take advantage of and defraud his brother in this matter, because the Lord is the avenger of all such, as we also forewarned you and testified. 7 For God did not call us to uncleanness, but in holiness. 8 Therefore he who rejects this does not reject man, but God, who has also given us His Holy Spirit. (1 Thessalonians 4:2-8)

Brethren, some of these matters are also touched upon in the recommended sermon for this Sabbath.

As time has gone on, we more and more see people promoting sexual immorality as normal and desirable. Do not fall for it.