We have had mild weather here, while much of the rest of the USA has faced cold and parts of Europe very strong winds.

Almighty GOD now start to stop a work of Satan in South Sudan. Now, a sign of peace was happen. Please,pray again both South Sudan and Ethiopia.

Evangelist Evans Ochieng was supposed to come to Ethiopia, but Deacon Deng advised against it because of the current distress there. Please pray for our people in Ethiopia and South Sudan.

“MALAWI PRESIDENT HAS DECLARED STATES OF DISASTER FOLLOWING THE FALL ARMYWORMS THAT ARE ATTACKING CROPS EG. MAIZE.SORGHUM ETC, ALMOST 25 DISTRICT OUT OF 28 GAS BEEN AFFECTED.

I asked Radson Mulozowa if this had affected any of the members in Malawi, and he said it had.

I am back from Kericho. The trip was very good and fruitful. The work in Kenya is growing up. I met the seventh day church of God.  A group 25 people. This congregation has been hearing about Continuing Church of God and its work. How it is doing feasts in Rift Valley. So the pastor visited our website. He told me that he learned many things which he said were full of truths. So he was influenced and started to discuss with his congregation.

This is the reason why they decided to call me.

They were very happy when I gave our magazines and books. I noticed something very important that the gospel can be preached in many ways.
I will travel to Nairobi tomorrow to book my ticket to Malawi.

So far the work in Kenya is growing and the doors are open for the gospel.

I sent Granton back to Muhuru Bay to meet the congregation last sabbath. He told me that those people are very serious in truth. This month I got positive work plus the youth camp which was very good.

Please pray for the work in Africa.

The work in Africa is in my regular prayers. Hopefully, this is in your prayers as well.

Hopefully, Evangelist Ochieng will get to see and better assess the situation in Malawi. And also be able to go to Ethiopia relatively soon.

Bill Wedekind sent me the following:

In case Evans has not communicated with you directly …

The 10 laptops that I “rushed” out to meet demand got there a few days ago.  As I understood from your email, the ones that arrived in October were already pre-assigned by Evans.  With these additional 10, there should be enough for the translators who need them. That makes a total of 60 that they have received.

There are none in the pipeline now but I have another 10 here almost ready to ship.  I am typing from #67 – need to refurbish 3 more and I’ll ship the next 10.  I’m actually on hold anyway until mid/late January because our shipper (Raphael) is visiting in Kenya and not available to handle the next shipment until he returns.

So, a total of 60 used laptop computers have been sent to Africa over the past few years and the hope is to relatively soon, send ten more. 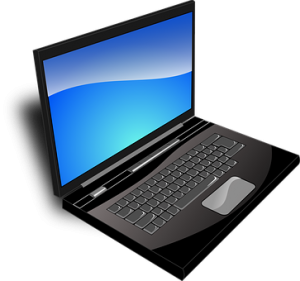 There is an error in the numbering of the questions in the Study the Bible Course test in the January-March 2018 edition of the Bible News Prophecy magazine. It looks like what happened was that question 41 was not numbered (the numbering was supposed to be automatic).

Because of this, all the ones past it are misnumbered. Thus, the answer key looks like it is off. So, you need to add one to all the questions starting with question 41 and then the answer key should be correct.

Anyway, we fixed this for the online version yesterday (anyone translating should fix this on their versions).

Sorry, for the mistake and inconvenience.

Ended up with a last minute radio interview with Dr. Deagle last Thursday on the Republic Broadcasting Network. We discussed the gospel of the kingdom and the false gospel, prophetic matters related to events that occurred in 2017 and some of what to expect to see in 2018.

Jerusalem remains in the news. Last month, the Jews actually opened a synagogue below what is called the Temple Mount (see Defying Muslims, Jews have synagogue under ‘Temple Mount’). While this has been in progress for about 12 years, the timing is interesting. Its announcement came after US President Donald Trump declared that the USA considered Jerusalem as Israel’s capital. And this week, the Israeli parliament voted to make it more difficult to divide the city of Jerusalem (see Israel raises vote threshold to tighten grip on Jerusalem). These moves have upset the Palestinians and caused international condemnation.

But let this be perfectly clear, according to biblical prophecies, Jerusalem will NOT be the ‘undivided’ capital of the Jewish state during the time of the Great Tribulation (cf. Luke 21:24; Revelation 11:2). The situation in Jerusalem will change and it will not be what many Israeli politicians hope.

Speaking about change, the time will come when the US dollar will no longer be the world’s primary reserve and trading currency. Pakistan just announced that it wants to conduct trade with China now in yuan, instead of US dollars. The Central Bank of Russia has called for the BRICS nations as well as those in the Eurasian Union to come up with an international cryptocurrency for trade within those two blocks (see Russia’s central bank interested in BRICS/Eurasian Economic Union cryptocurrency and watch Gentile Cryptocurrency Proposal). While this will not eliminate the US dollar, it is another step to move away from US dollar dominance.

Brethren, be meek, hunger and thirst after righteousness, be merciful, be peacemakers, and endure what is thrown against us.