Last week marked the 10th anniversary of the declaration of the Continuing Church of God as a separate organization. The recommended sermon for this Sabbath deals with aspects of the past ten years: Continuing COG’s 10 Unique Years.

I was fighting laryngitis last Sabbath, so my voice will sound a bit different for the sermonette and sermon recommended for this week.

This year, services are to begin the evening of September 29th and continue until sunset ending the Last Great Day which is October 7th.

Yesterday, I sent out a request for proposal to an organization in Hershey & Harrisburg, Pennsylvania. That is the area where we may have our USA site, but we will not know until after we receive quotes, etc.

Leaders in other parts of the world should also be planning on where they will hold the Feast of Tabernacles in their respective countries in 2023.

Congregants should already be saving second tithe so they can afford to go and observe the Feast of Tabernacles joyfully, as God’s word declares they should.

Do not put it off as time marches on fairly quickly.

Amazon Kindle has taken much longer than usual to print and send up magazines, so those of us in North America still have not received our printed copies of the January 2023 edition. Because Amazon has accepted censorship from the USA government, this has been causing us to have delays. 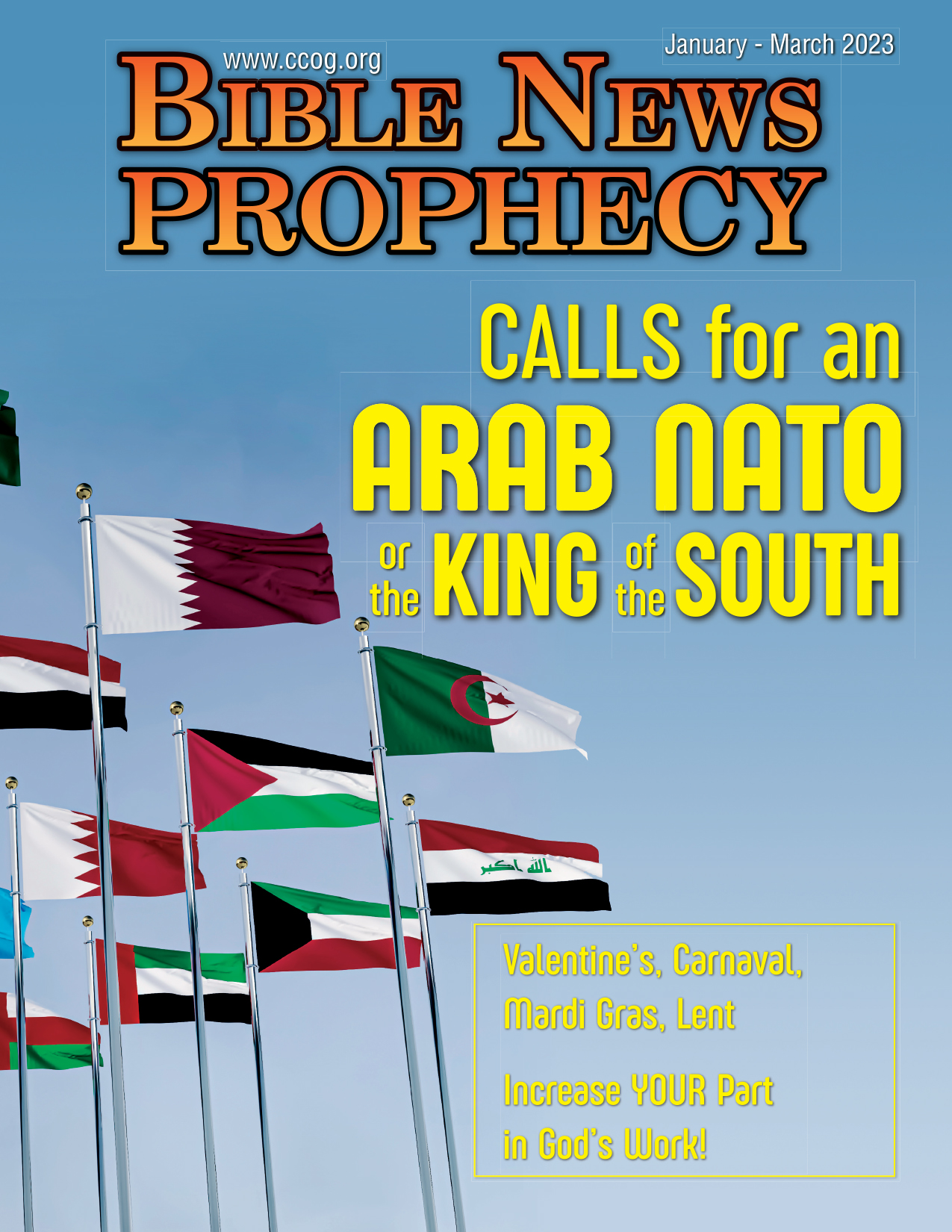 That said, here is a link to the online version of the January – March 2023 edition of Bible News Prophecy magazine.

Furthermore, let me report that Amazon Kindle’s algorithms not only delayed the English language edition of our magazine, they repeatedly stopped the Spanish-language edition, and we will not be able to be sent out for a few more weeks yet.

Yet, for the time being, overall, because of its costs and reach, Amazon is still the main printer of our literature in the USA (we also print literature, apart from Amazon in Africa, and sometimes also in the USA).

Israel’s new National Security Minister, Ben Gvir, has already stirred up controversy by visiting the ‘Temple Mount’–his visit has been condemned by the USA, China, and others and may become the topic of a United Nations’ meeting today. A religious Jew, Ben Gvir, is also being pressured to push to allow a Passover sacrifice on the ‘Temple Mount’ (see Ben Gvir is criticized for going to ‘Temple Mount’ and is being pressured to push for Jewish Passover sacrifice). Irrespective of international pressures, one day regular animal sacrifices will be re-implemented by the Jews according to scripture (cf. Daniel 9:27, 11:31). We are getting closer to that time.

In other religious news, Emeritus Pope Benedict XVI died and his funeral was today. Benedict was an anti-millennialist and was the one behind getting the updated Catechism of the Catholic Church to assert that promoting any form of the millennium is a doctrine of Antichrist (see Anti-millennialist Pope Emeritus Benedict XVI dies). Expect this condemnation to be further used against true Christians in the end times.

Economic matters have been in the news. There are concerns about stagflation (see 2023: Stagflation After Failed Stimulus?), recession (see Fortune: A recession is coming for most developed nations in 2023, and this is where economists predict the worst),  and food price inflation (see ANP: Experts Warn ‘Major Food Security Threat’ In 2023 With 4th Generation Farmer Insists It Will Be ‘Worse Than’ 2022 – Food Prices Will Never Go Back To What They Were In 2020). Prophetically, we know that food price inflation is expected (cf. Revelation 6:5-6; watch also 3rd Horseman of the Apocalypse and Food).

The Book of Proverbs has the following:

1 Whoever loves instruction loves knowledge,
But he who hates correction is stupid. (Proverbs 12:1)

Brethren, we all need to learn.

And, yes, we all need to be corrected.

So, let’s not hate the corrections that we experience.