We have been working on many projects, and particularly literature.

We were able to mail out the July-September 2018 edition of Bible News Prophecy magazine this week (we finished today actually). 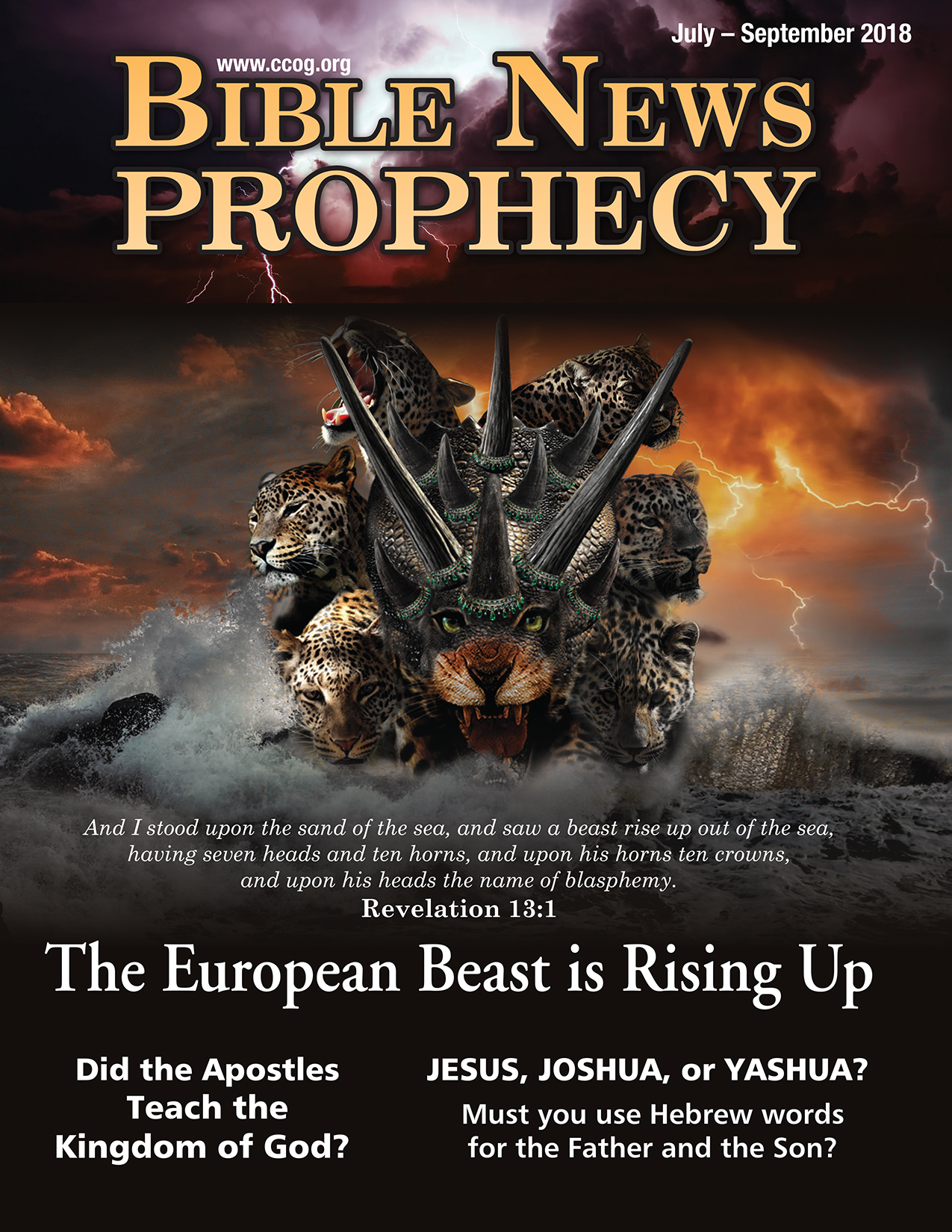 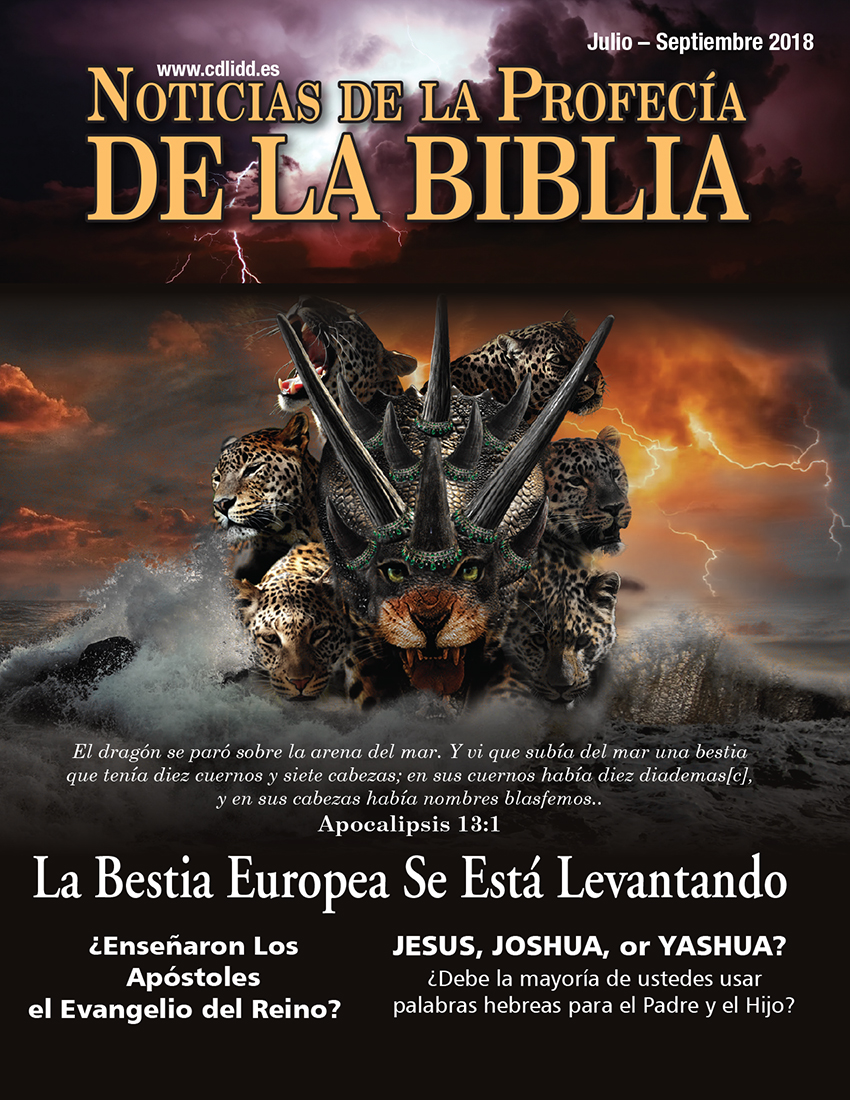 We mailed out to international areas, including Spanish ones, last week as delivery to those areas takes longer. Here is a link to the Spanish edition online: Noticias de Profecía de la Biblia Julio-Septiembre 2018.

Terry LaFrance said the plan is to meet at the following location:

If you have any questions, please feel free to email Terry LaFrance at: terrylafrance22@gmail.com

I look forward to seeing people who normally attend there as well as any visitors who may come.

As most of you are aware, we have been working on several booklets which we have not yet printed.

Because of seeing some work done by one of our younger supporters in Minnesota (who I spoke to a couple of times), I decided to add the following in our soon to be printed (sometime later this Summer) booklet, Is God’s Existence Logical?:

God understands the entire universe and the Bible is His word.

The Bible has long held correct views that differ from those held by the general populace.

Consider that when most in the world thought that the world was flat, the Bible itself had a statement that showed it was round:

The Commentary:  CRITICAL, PRACTICAL AND EXPLANATORY, on The Old and New Testaments on this verse states “circle — applicable to the globular form of the earth.” The original Hebrew word translated as circle is ח֣וּג means a compass, circle, or sphere.

Now further consider that the fact that the earth revolves around the sun once a year was not generally understood until the days of Copernicus in the 16th century. But the Bible had that information in it over 2000 years earlier as the following suggests:

22 And a feast of weeks thou dost observe for thyself; first-fruits of wheat-harvest; and the feast of in-gathering, at the revolution of the year. (Exodus 34:22, Young’s Literal Translation)

The original Hebrew word translated as revolution is תְּקוּפַ֖ת and essentially means to go round or revolution of time. The Hebrew word לִתְקוּפַ֣ת in 2 Chronicles 24:23 is also considered to mean revolution, and in context, supports the view of an annual revolution of the Earth around the sun.

Consider further the following related to the Earth itself:

12 Hast thou commanded morning since thy days? Causest thou the dawn to know its place? 13 To take hold on the skirts of the earth, And the wicked are shaken out of it, 14 It turneth itself as clay of a seal And they station themselves as clothed. (Job 38:12-14, Young’s Literal Translation)

The above is showing that the Earth turns (from the Hebrew word תִּ֭תְהַפֵּךְ). That was not the common view for some time. Furthermore, Galileo got in trouble with the Church of Rome in the 17th century for teaching that.

The fact that biased religious leaders did not properly understand the Bible does not mean it was not accurate. It was and still is.

Now, there is something else from the Bible to consider (two different translations):

7 … Hanging the earth upon nothing, (Job 26:7, Young’s Literal Translation)

This is of interest, because while the Bible clearly teaches that the Earth is not on top of anything, that was not the ancient view. The ancients believed that the mythological titan Atlas (who the Atlantic Ocean is named after) or a great turtle (tortoise) held up the Earth.

While the above will not persuade those whose minds remain blinded, hopefully this will help show those who God is calling that the Bible is reliable–perhaps more than they realized.

There have been protests in Iran, mainly because of economic reasons. The Iranian government blames the USA (see Iran blames USA ‘economic war’ for protests–and vows to fight). The Bible tells of the protection of Jerusalem being taken away and God allowing peoples that seem to be from Iran and Syria to successfully attack the nation now called Israel (Isaiah 22:6-14). Sometimes nations go to war to change the focus of domestic opposition. This may well happen with Iran.

Queen Elizabeth II gave her assent for the departure of the United Kingdom from the European Union (see Brexit is officially the law of the UK). The UK is scheduled to exit the EU on March 29, 2019. Negotiations between the UK and EU have not gone well and the Europeans will not forgive the UK for departing from their union. This will not end well for the UK (cf. Daniel 8:23-25).

Trade issues continue to be in the news (e.g. Beginnings of a Trade War: Church of God writers have long warned this would come to pass). Europe sees US actions leading as a ‘trade apocalypse’ (see ‘Trade apocalypse’ will lead to the fulfilling of prophecies in the Book of the Apocalypse).

What is happening now is that Europe is working to even further dominate the World Trade Organization, which will allow it to set even more standards for the world to follow. The Bible clearly shows that end time ‘Babylonian’ Europe will dominate trade:

We are seeing more and more steps that will lead to the fulfillment of these trade and other prophecies.

Our recommended sermonette for this week has to do with trade: Trade Disputes: CCOG Warnings Are Coming to Pass.

Wonder what you should do, spiritually, this week?

Consider the following from the Apostle Paul:

Brethren, rejoice in God and strive to live as a faithful Christian.