Next week, God willing, we (Joyce and I) will be sending the May 12th letter from the Isle of Ireland.

We have a few church members there and we hope to conduct research in a few locations around the island.

We expect to have Sabbath services in Northern Ireland next week, just outside of Belfast.

Any who do not normally attend there, but wish to attend then, can send me an email: COGwriter@aol.com

This is a trip we originally planned for May of 2020, but it had to be cancelled because of COVID travel restrictions. 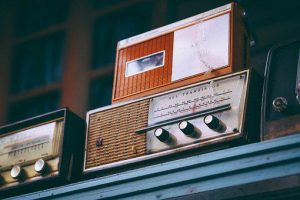 The past few weeks we have been working on increasing our radio presence, both online and through more traditional broadcast media.

In addition to my often being a guest on radio in North America, which I was again last week (and am supposed to be later today), we also have helped sponsor radio in Africa.

Furthermore, we have long had an international online radio presence with Bible News Prophecy online radio–which comes out of New Zealand. As mentioned last week, we have began to increase the number of weekly audio programs there (see Letter to the Brethren: April 28, 2022).

We have also been working to possibly be on AM radio in Europe, as well as on a shortwave radio station that targets Europe, North Africa, and parts of the Middle East. Although shortwave is not used much in North America, it reportedly has hundreds of millions of listeners around the world. Last week a company sent us a proposal, which we are reviewing.

On Tuesday of this week, I spoke with the CEO of a company from Milan, Italy that handles that. We hope to finalize something around the first of June.

Because of ‘shadow banning,’ other censorship on the internet, and low program presentation costs, radio is something I feel we need to look more into.

The radio CEO told me that, if we do not speak against government leaders (as that is against the law in Italy), falsely claim that there was no WWII Holocaust, or advocate people take up arms to riot/protest, we basically have freedom of speech and would not be censored. However, because of ‘hate speech’ laws in various European nations, we still will need to be careful as Jesus said, “be wise as serpents and harmless as doves. But beware of men” (Matthew 10:16-17).

Also, the Book of Proverbs teaches:

3 A prudent man foresees evil and hides himself, But the simple pass on and are punished.  (Proverbs 22:3)

So, discretion is appropriate.

Anyway, we have had several telephone calls, Skype discussions, and emails with various ones in the Continuing Church of God related to supporting different aspects of radio over the past several weeks. Radio is a door to proclaim the good news of the coming Kingdom of God.

I plan to write more about this as more steps get in place.

A leaked document from the US Supreme Court suggests that the USA may no longer state laws related to abortion (see Leaked document points to US Supreme Court overturning Roe v. Wade abortion decision: Could this spark civil unrest?). This has the pro-abortion crowd up in arms and may result is civil unrest as well as may impact the November 2022 elections in the USA. Abortion is wrong and it would be good if there were none of it, but if the Supreme Court rules as the leaked document suggests, abortions still will happen in the USA (just in less places). Pro-abortionists are concerned this will unduly affect ‘people of color,’ whereas some see abortion as a way to reduce their population (see AP: With abortion in jeopardy, minority women have most to lose; Nick Cannon: Planned Parenthood formed to terminate black people). Abortion is wrong and many in the USA consider it and other forms of perversion as normal–the word of God does not (see also ‘Normalizing Perversion’).

The military situation in Ukraine is getting more and more ‘neutral’ nations in Europe to change, or at least partially change, their position on military involvement (see Will the war in Ukraine spell the end of neutrality for certain states?’). The Bible shows that the coming European Beast power will have a marvelous military (Revelation 13:3-4) with a “great army” (Daniel 11:25), and “many ships” (Daniel 11:40). Many, if not all, of the formerly ‘neutral’ will basically support this coming warring Beast.

On a similar note, 200 European leaders pushed for the Conference on Europe to move towards a ‘United States of Europe’ (see ‘Time for the United States of Europe!’ ‘Euro Conference Approves ‘Joint Armed Forces’’). This is something Church of God writers have warned about since at least 1948. Lat Sabbath, the ‘Conference on the Future of Europe’ approved measures calling for the establishment of a European Union army and centralising power in the hands of Brussels-headquartered leaders.

Jesus made it clear that His true followers would be maligned and persecuted:

10 Blessed are those who are persecuted for righteousness’ sake, For theirs is the kingdom of heaven. 11 Blessed are you when they revile and persecute you, and say all kinds of evil against you falsely for My sake. 12 Rejoice and be exceedingly glad, for great is your reward in heaven, for so they persecuted the prophets who were before you (Matthew 5:10-12, NKJV throughout unless otherwise specified).

35 For whoever desires to save his life will lose it, but whoever loses his life for My sake and the gospel’s will save it. (Mark 8:35)

29… Assuredly, I say to you, there is no one who has left house or brothers or sisters or father or mother or wife or children or lands, for My sake and the gospel’s, 30 who shall not receive a hundredfold now in this time–houses and brothers and sisters and mothers and children and lands, with persecutions–and in the age to come, eternal life (Mark 10:29-30).

12… they will lay their hands on you and persecute you, delivering you up to the synagogues and prisons. You will be brought before kings and rulers for My name’s sake (Luke 21:12).

33 These things I have spoken to you, that in Me you may have peace. In the world you will have tribulation; but be of good cheer, I have overcome the world. (John 16:33)

Yes, brethren, we can expect persecution.

In modern Western society, more and they want us silenced or cancelled. This week’s recommended sermon, Cancel Culture and Christian Persecution, discusses that.

Yet, Jesus said to be of good cheer as He has overcome the world. If we will trust Him and endure, we will as well.