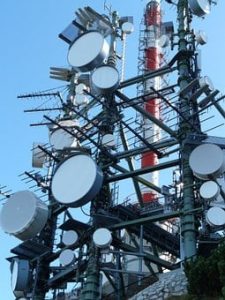 I was interviewed by Rob McConnell last Thursday night. He is based out of Ontario, Canada.

For those who would like to hear it, he sent me the following link to that interview: https://www.spreaker.com/episode/47093903

I mainly spoke about how much of the world is being set up to accept the coming Beast because of prophetic misunderstandings. Overall, the interview went well. Towards the end, the interviewer essentially challenged the reliability of biblical prophecies, but did give me an opportunity to provide reasons why Bible prophecy can be trusted.

CCOG evangelist Evans Ochieng has been printing more literature and Nairobi and distributing it. We also expect to get more next week:

I’m printing four books. The CHURCH HISTORY,  WHERE IS THE TRUE CHRISTIAN CHURCH TODAY,  STATEMENT OF BELIEFS AND HOW THE CCOG DIFFERS FROM THE PROTESTANTS. The printer told me that I’ll pick all of them next week.  It takes time because they were so many.

Receive greetings in Jesus name. We are doing well here at Rift valley. I will be visiting brethrens in North Rift places such as  Njoro, sigotik  starting today. We are to meet with leaders in various places starting tomorrow. This is because the curfew has been lifted in Kenya. Then I will proceed to Rongai. If possible I will pass Molo. I am not sure the days I will stay in those places. We will be together with the elder Cheruiyot. Elder Cheruiyot has scheduled this coming sabbath to be held on Sigotik. The Continuing church of God books that were given by Evangelist Ochieng has led to the fast spread of the word of God. Those places do not need motorcycle transport due to bad roads and unfavourable weather. Evangelist Ochieng and Elder Cheruiyot are aware of the places. I will therefore inform Evangelist Ochieng concerning this journey. Pray for us. God bless you.

Because of a request from Evan Ochieng, we are also looking at putting together a version of the Statement of Beliefs of the Continuing Church of God for distribution throughout Africa as well as likely also sending one to our subscribers around the world within the next several months.

We also received the following email:

On the 21st october , I travelled to  Njoro, a place called Sigotik where on sabbath we attended the service . On Sunday  afternoon , Pastor Sawek managed to baptise an old man aged 80 years . i , cheruiyot tried much to teach them the truth about the sabbath even if his family had already invited pastor Sawek to baptise the old man.
On monday we visited Morishoni, and this place has several hills and poor roads but in the evening we managed to get a place called Salgaa  in  Rongai where we met with brothers and sisters in Christ and we spent the night there teaching and strengthening them spiritually about the sabbath and their faith.
today we are heading to  Molo  and by evening ,Pastor Ochieng has paid a  visit and that place is very muddy during the rainy season .
This report has reached pastor Ochieng and we have arranged with Pastor Sawek and the work of spreading the gospel has been fulfilled.
Thanks in his Vineyard
Yours
Elder David Cheruiyot

One of our supporters sent the following today:

Dr. Thiel, I read this news article that says that the Pope has called for both Christian and secular historians to research the earliest centuries of church history to see what they find. I wonder if Pope Francis has seen your church history book or the Beliefs of the Original Catholic Church. Maybe the Catholic lady on the Catholic news site sent the link to the book to the Vatican.

Pope Francis might be feeling threatened and looking for a defence against the truth. Maybe you should offer to send him a copy, ha ha

The news article linked above says that Roman Catholic priest Bernard Ardura, president of the Pontifical Committee for Historical Sciences, is convening the conference now and wants to pursue and accept the truth wherever it leads. Hopefully, his is not an ecumenical agenda, but real quest for truth–we shall see. I am considering contacting him in the future and perhaps may try to meet with him someday.

Understanding church history is part of the The Final Phase of the Work and is something we in the CCOG have been working on as we Preparing for the ‘Short Work’ and The Famine of the Word.

Brethren, much church history has been restored and published by the Continuing Church of God. And we are continuing to work to restore even more.

Someone asked me about our policy for individuals specifically sending personal funds directly to individuals in places like Africa.

We know the Bible teaches:

9 And let us not grow weary while doing good, for in due season we shall reap if we do not lose heart. 10 Therefore, as we have opportunity, let us do good to all, especially to those who are of the household of faith. (Galatians 6:9-10)

And yes, we in the CCOG do provide assistance on a regular basis. Overall, if you sent the CCOG a check for US$100.00 in 2020 here is how it was spent:

Yes, most of our money goes to support the physically and spiritually poor as we work to fulfill Matthew 24:14, Romans 11:25, the Ezekiel Warning, and Matthew 28:19-20. Whatever ‘extra’ money we get tends to increase our support to the physically poor or proclamation.

Thus, caution in giving funds to individuals is advised.

While we do not absolutely prohibit members to send funds directly to individuals in many parts of the world, we strongly advise against it.

There are always emergencies in Africa and Haiti, and not all who claim to be brethren can be trusted (we have had people claim to be someone that they are not, misuse funds, etc.). Furthermore, we risk causing resentment if someone in an area receives funds, while others do not. This can cause division, offenses, and other problems the New Testament warns against (cf. Matthew 18:7; Romans 16:17).

When any (other than our top leaders for each country) in Africa request funds, my response is along the line of, “We only have limited funds and realize that there are many needs. Therefore, all CCOG funds for your part of Africa need to go through a committee that Evans Ochieng is part of as we cannot prioritize the needs from the USA.”

And, yes, the needs need to be prioritized as funds are limited.

That being said, sometimes some have sent us funds to help a particular widow or someone else in Africa. When that occurs, we usually send the funds to Evans Ochieng or another leader who will distribute them to the widow, etc. presuming the need is legitimate. Some have also sent us funds to give to Africa, Haiti, etc. and we do forward those funds to the related area.

It is good to provide support to brethren in need, but we strongly urge you to allow the leadership to handle the distribution of such funds to reduce problems and abuse.

In the USA, tens of thousands of Afghani refugees have been let in and there are plans to try to assist their settlement (see CBS: Biden administration to allow private groups to sponsor Afghan evacuees; COGwriter: Terrorist risk?). The Bible prophesies “terror within” (Deuteronomy 32:25) and some Afghani refugees are a real risk (watch also Afghanis: Potential terrorists?). The USA pullout of Afghanistan has also given some in Europe impetus to develop an army that is independent of the USA (see‘Germany To Launch EU-Wide Military Force As Frustration Grows After Afghan Debacle’; watch also Afghanistan Loss: Pushing EU Army?).

The United Kingdom and New Zealand made a new trade deal (see CNN: New Zealand and the United Kingdom reach free trade deal). This deal comes on the heels of a trade deal the UK made with Australia last June (see EU & USA and UK & Australia make trade deals, so?) and a military deal made last month between the USA, UK, and Australia (see AUKUS alliance; EU wants its own stronger military). Consistent with Church of God teachings for many decades, the USA and its British-descended allies are moving a bit closer together, while also moving a bit further apart from the Europeans. But this will not end well for any of them (cf. Daniel 11:39-45).

In the Old Testament, notice what God wanted His people to understand:

29 “When the Lord your God cuts off from before you the nations which you go to dispossess, and you displace them and dwell in their land, 30 take heed to yourself that you are not ensnared to follow them, after they are destroyed from before you, and that you do not inquire after their gods, saying, ‘How did these nations serve their gods? I also will do likewise.’ 31 You shall not worship the Lord your God in that way; for every abomination to the Lord which He hates they have done to their gods; (Deuteronomy 12:29-31)

In the New Testament, notice something that God wanted His people to understand:

19 What am I saying then? That an idol is anything, or what is offered to idols is anything? 20 Rather, that the things which the Gentiles sacrifice they sacrifice to demons and not to God, and I do not want you to have fellowship with demons. 21 You cannot drink the cup of the Lord and the cup of demons; you cannot partake of the Lord’s table and of the table of demons.  (1 Corinthians 10:19-22)

Brethren, do not be deceived by sentiments of the world that their holidays, which include days and practices associated with paganism, are appropriate for true Christians today.

The recommended sermon for this Sabbath deals with some of that (watch Halloween Day of the Dead).