Basically, because this is part of a sermon series on the upcoming book (currently available online in draft from), Who Gave the World the Bible? The Canon: Why do we have the books we now do in the Bible? Is the Bible complete?

Going through the draft of a book like this helps me in the editing process as well as tends to give ideas for other items to be added to the book.

Speaking of literature, Amazon Kindle Direct is once again allowing shipments outside of the USA, so we were able to order books and magazines to be sent to New Zealand. We hope other nations will be opened up soon, as having to use the US Postal Service tends to cost more, makes us pay extra postage (postage to the Grover Beach office and then for the overseas shipment), takes longer, and causes other issues once a package leaves the USA.

Pastor Tiongik Sawek sent in the following report and photos from the South Rift Valley in Kenya:

Hello, I great you in the name of Jesus christ. We are happy and especially today where we held a baptism for the members who joined us. The Chilani members were quite happy and truly praised God cause indeed he is the father who called his people. According to John 6:41 where God talks a lot about the same. I managed to take few photos of some of the members who were being baptized. 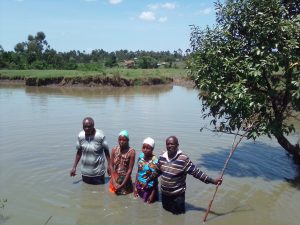 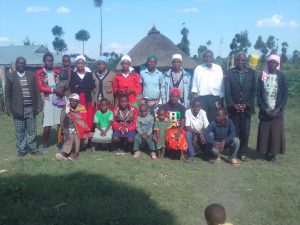 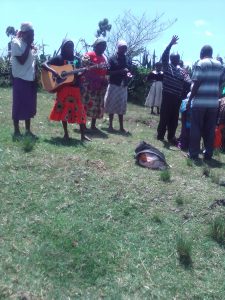 Hopefully all of us are joyful as well.

Sunday, November 1, at two a.m., the USA and several other nations (Canada, Bahamas, Bermuda, Cuba, and Haiti) change their clocks to go back to Standard Time and off of Daylight Saving Time.

Because of the clock change, sunset will be over an hour earlier next Friday, November 6 in the USA, Canada, Bahamas, Bermuda, Cuba, and Haiti. Much of Europe went back to Standard Time last Sunday, so tomorrow would be the first Friday some would need to get off work earlier than before.

Those of us who observe the weekly Sabbath from sunset Friday to sunset Saturday should remember this time change.

On Monday, in the USA, Roman Catholic Amy Coney Barrett was confirmed to be a Supreme Court justice to the dismay of most Democratic politicians (see ‘Senate Approves Trump High Court Pick With Partisan Vote’). Also on Monday, there was another shooting incident resulting in the death of a black man by police (see ZH: Philadelphia Overrun By Rioting, Looting After Police Shoot Knife-Wielding Black Man)–and the violence and looting associated with that lasted more than on Monday.

We continue to see much division in the USA and expect more unrest after the election next week. Jesus taught that, “every city or house divided against itself will not stand”(Matthew 12:25)–and the end will come to the USA. Be not deceived–whoever wins the USA election WILL BE APOCALYPTIC (see also AP: Trump paints apocalyptic portrait of life in US under Biden; COGwriter: Yes, but …).

On more international matters, Sudan has agreed to recognize Israel, and this seemed to trigger statements from US President Donald Trump that greatly upset Ethiopia (see Sudan recognizing Israel, Iran not pleased, and now Ethiopia upset with Donald Trump). The Ethiopia matter aside, Donald Trump suggested that Saudi Arabia might soon also recognize Israel (see ‘Trump says Saudi Arabia next in line for Peace with Israel leading to Potential End-of-Days Temple Mt Showdown?’)–but the election results will likely impact that.

It is been speculated that Germany will repatriate more of its gold should Donald Trump get re-elected (see VOA: Here’s How Trump, Biden Differ on Key Issues; ZH: Will Germany Repatriate its Gold From New York If Trump Wins the Election?). Whether he does or not, the Bible shows that the coming European (at least partially German, cf. Isaiah 10:5-12) King of the North will acquire gold (Daniel 11:40-43) after the USA is gone (cf. Daniel 11:39). Repatriating more of it will happen in Germany eventually, no matter who wins next week’s election.

Pray for God’s kingdom to come and HIS will to be done related to the upcoming election (cf. Matthew 6:10).

19 Go therefore and make disciples of all the nations, baptizing them in the name of the Father and of the Son and of the Holy Spirit, 20 teaching them to observe all things that I have commanded you; and lo, I am with you always, even to the end of the age.” Amen. (Matthew 28:19-20)

Brethren, we have been doing so and intend to continue to do so.