As our flight out of here is early tomorrow, this week’s Letter to the Brethren is being sent out a little earlier than usual.

We have three flights to get home with very tight connections.

The other reason to send it early is that we have been without power and internet access for many hours five times in the past 2 1/2 days. The power just came back on a few minutes ago. While this is NOT typical for Puerto Rico, it has impacted us to a degree (like having lack of lights when videoing services, not having good internet access, etc.).

On Monday night, Terry LaFrance died. I spoke with his wife Sharon on Tuesday and she said he died of double-pneumonia. Terry and Sharon hosted CCOG services in Michigan. Terry always was willing to assist the church when asked. He also held the materials like song books and projector equipment that he and Sharon would bring to the Feast of Tabernacles’ sites in the USA. 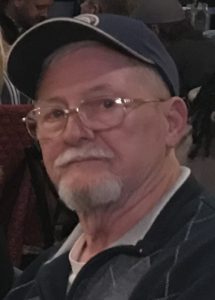 Terry died of double pneumonia while attending the Feast of Tabernacles. He came in contact with the Church of God while listening to Herbert W. Armstrong on the radio with his Father. He was later baptized into Jesus the Messiah in the late 1980s. He was led to the Continuing Church of God in 2014 and has been a member of the Philadelphian remnant ever since. Terry did not fear death and was fully confident in the promise of the resurrection. He often quoted Job 19:25-27.Terry is survived by his wife, Sharon and 5 children: Jeri, Terra, Phil, Susie and Martha.

Terry LaFrance will be missed–but we will see him in the resurrection!

The Feast of Tabernacles

We received many positive reports from Feast of Tabernacles sites in Kenya, Malawi, Ethiopia, Canada, and elsewhere. Because of internet and other issues, the reports and photos are not in this Letter. However, many photos were forwarded to Steve Dupuie who is planning on making a festival slideshow like he has done in the past that we hope to share later with all of you.

My wife Joyce, son David, and I were able to keep most of the Feast of Tabernacles in Pigeon Forge, Tennessee and the last couple of days in Puerto Rico.

In addition to meeting some of our Spanish-speaking brethren, we were able to work on matters related to videos and literature in the Spanish-language. Today, I am to meet with a leader outside of our fellowship who wants to work with us to have more impact in Puerto Rico as well as places like Haiti.

The world will observe various days the next 3 months or so which are not biblical, but come from paganism.

God clearly teaches that He does NOT want pagan practices used to worship Him:

29 When the Lord your God cuts off from before you the nations which you go to dispossess, and you displace them and dwell in their land, 30 take heed to yourself that you are not ensnared to follow them, after they are destroyed from before you, and that you do not inquire after their gods, saying, ‘How did these nations serve their gods? I also will do likewise.’ 31 You shall not worship the Lord your God in that way; for every abomination to the Lord which He hates they have done to their gods; for they burn even their sons and daughters in the fire to their gods. 32 Whatever I command you, be careful to observe it; you shall not add to it nor take away from it. (Deuteronomy 12:29-32)

Those who combine pagan worship practices with biblical ones obscure God’s plan of salvation and generally do not understand it.

Paul specifically condemned incorporating pagan practices with biblical observances (1 Corinthians 10:20-23). Paul himself stated near the end of his life that he kept all the practices Jews needed to keep (Acts 28:17-19; cf. Acts 21:18-24) and that would have had to include all the holy days listed in Leviticus 23.

As a rule, the Greco-Roman churches do not follow the Apostle Paul’s admonition to imitate him as he imitated Christ (1 Corinthians 11:1) nor the Apostle John’s admonition to continue to walk as he and Jesus walked (1 John 2:6, 18-19), since they do not keep all the biblical holy days. Also, those churches normally combine heathen practices in their worship calendars, which the apostles opposed (1 Corinthians 10:20-23; 2 Corinthians 6:14-18; Jude 3-4, 12; 1 John 2:6).

By not keeping God’s Holy Days, but instead non-biblical substitutes, many do not realize that sin needs to be truly out of our lives, that God is only calling some now, that all will have an opportunity for salvation in this age or the age to come, and nearly all who ever lived will be saved in the later harvest.

God’s Holy Days lay out parts of His plan of salvation that most do not understand. It is a marvelous and loving plan.

The USA and Europe are having relationship problems as the Europeans have not been pleased with how the USA has handled Afghanistan, the AUKUS military arrangement, and other matters. So much so, some are wondering if Europe’s relationship with the Biden-Harris Administration can be repaired (see ‘Is Biden’s relationship with Europe beyond repair?’). French President Macron warned Europe last night that it needs to stop being naïve about its relationship with the USA and push for true autonomy (see ZH: Macron Urges Europe To “Stop Being Naive” After Inking ‘Face-Saving’ Defense Deal With Greece).

While the ‘relationship’ will between the USA and Europe will repeatedly declared to be strong, the reality is that Europe will turn against the USA. The Bible shows a European led power will destroy the USA (cf. Daniel 11:39) and that the USA will be betrayed by ‘friends’ (cf. Lamentations 1:1-2).

What has been happening the past 12 or so years is helping to set this up.

Yes, brethren, with this year’s festival season over, we go back in the world. But not to be of it, but live as those set apart by the truth.