Home › Sermons › Peter, the Rock, and the Keys

Peter, the Rock, and the Keys 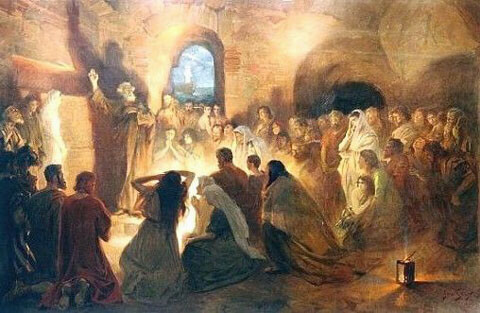 Peter, the Rock, and the Keys

Jesus spoke to Peter in Matthew 16:18. Did Jesus make Peter the Rock upon whom the Christian church was founded? Did the pronouncement in Matthew 16 mean that Rome was to be the headquarters of the Christian church? What does the Bible say about the Rock and the stone? What did early church writers teach? The Church of Rome says that John was a prominent apostle who lived decades after Peter–so if there was a specific succession that occurred when Peter was martyred, would it not have passed to him? Who did John Chrysostom teach had the keys?

Here is a link to the sermon: Peter, the Rock, and the Keys.

Some items to assist in your studies may include: