Home › Sermons › Alien Beliefs and the Return of Jesus

Alien Beliefs and the Return of Jesus 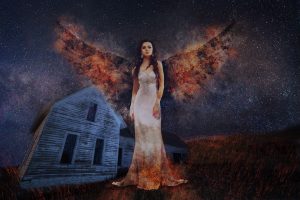 Alien Beliefs and the Return of Jesus

Surveys show that the vast majority of Americans believe believe in UFOs and aliens from outer space. Could there be any truth to reports of paranormal visits? What about the work of SETI? Are there one or more beings watching the Earth? Are we part of a ‘galactic zoo’? What do Roman Catholics, Protestants, and other believe? Are there many ‘UFO religions’? Does the Bible teach anything about this? What about visits from angels and demons? What about various apparitions? What about signs and lying wonders? Has Satan inspired prophecies to get people to fight against Jesus? Might the returning Jesus be considered ‘the Antichrist’ or possibly an attacking alien? Will the nations fail to recognize the returning Jesus and fight against Him? Dr. Thiel addresses these issues and more.

Here is a link to the sermon: Alien Beliefs and the Return of Jesus.

Here are some links to items of possibly related interest: