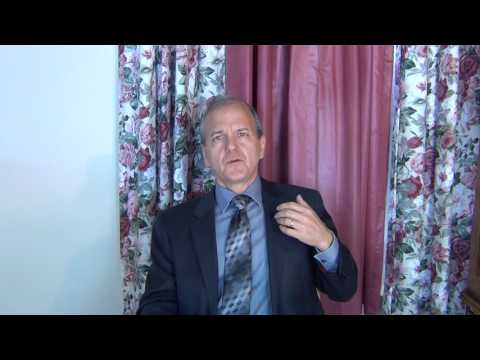 Dr. Thiel continues the series of going through answering questions that were commonly posed to the old Worldwide Church of God. Using a binder that many speakers were given by that church that contained standardized letters that were sent to answer questions, Dr. Thiel answers them.  Normally, in much greater detail than the normally single or double page answers that were given in the past by the old Radio and Worldwide Church of God. Subject covered included the answering questions, the meaning of B.C., A.D., B.C.E., & C.E. (B.C. originally was intended to refer to the period before Jesus was born and A.D. afterwards, though they were off a few years–Dr. Thiel misspoke once in this sermon and accidentally stated the terms B.C. and A.D. related to Jesus death–he apologizes for that misspeaking), lifespans before Noah’s flood, Herbert W. Armstrong’s genealogy, modern descendants of the Chaldeans & Babylonians, giants, Bible commentaries, Bible concordances, pen pals, swearing an oath, Jesus’ location between age 12-30, and the two witnesses.

Here is a link to the video sermon: CCOG Q&A: Bible Helps, Giants, and the Two Witnesses.

Who Are The Two Witnesses? What is their job? What does the Bible reveal? What has the Church of God taught on this subject? Might even Roman Catholic prophecies give some clues here? Here is a related link in Spanish/español:¿Quiénes son los dos testigos?
Did Angels Marry Human Women? Many insist this is so and also that this mating caused giants to be born. Did this come from the ‘Book of Enoch’? What does Genesis 6:4 really mean? A related video is also available: Did Angels Marry Women and Produce Giants?
Bible and Historical Resources on the Internet Electronic bibles, Two Babylons, early Christian literature, photos, and even links to old Herbert W. Armstrong materials.
Timelines and Early Church History This has dates and some timelines when biblical and non-biblical events took place.
Who Was Herbert W. Armstrong? How is He Viewed Today? Includes quotes from the 1973 edition of The Autobiography of Herbert W. Armstrong and explains who he was and how he should be viewed today.
Where is the True Christian Church Today? This free online pdf booklet answers that question and includes 18 proofs, clues, and signs to identify the true vs. false Christian church. Plus 7 proofs, clues, and signs to help identify Laodicean churches. A related sermon is also available: Where is the True Christian Church? Here is a link to the booklet in the Spanish language: ¿Dónde está la verdadera Iglesia cristiana de hoy? Here is a link in the German language: WO IST DIE WAHRE CHRISTLICHE KIRCHE HEUTE? Here is a link in the French language: Où est la vraie Église Chrétienne aujourd’hui?
Continuing History of the Church of God This pdf booklet is a historical overview of the true Church of God and some of its main opponents from Acts 2 to the 21st century. Related sermon links include Continuing History of the Church of God: c. 31 to c. 300 A.D. and Continuing History of the Church of God: 4th-16th Centuries and Continuing History of the Church of God: 17th-20th Centuries. The booklet is available in Spanish: Continuación de la Historia de la Iglesia de Dios, German: Kontinuierliche Geschichte der Kirche Gottes, and Ekegusii Omogano Bw’ekanisa Ya Nyasae Egendererete.
CCOG.ORG Continuing Church of God The group striving to be most faithful amongst all real Christian groups to the word of God. To see how CCOG has done so far, here are links to two sermons Continuing Church of God (CCOG) first year anniversary: What has been accomplished? and The Continuing Church of God: Two Years of Proclamation. Here is a written link to a version of that sermon in the Spanish language: Aniversario del primer año de la Continuación de la Iglesia de Dios: ¿Qué se ha cumplido?
Congregations of the Continuing Church of God This is a listing of congregations and groups of the Continuing Church of God around the world.
CCOG.ASIA We in the Continuing Church of God also have the url www.ccog.asia which has a focus on Asia and has various articles in Mandarin Chinese as well as some in English, plus some items in other Asian languages. 我们在继续神的教会也提供此网址 www.ccog.asia, 关注于亚洲并且有各种各样的中英文文章，其中一些用菲律宾语翻译的文章也正在进行中，准备添加到这个网站中。 Here is a link to our Statement of Beliefs in Mandarin Chinese 继续神的教会的信仰声明.
CCOG.IN This is a website targeted towards those of Indian heritage. It has a link to an edited Hindi translation of The Mystery of the Ages and is expected to have more non-English language materials in the future.
CCOG.EU This is a website targeted toward Europe. It has materials in more than one language (currently it has English, Dutch, and Serbian, with links also to Spanish) and it is intended to have additional language materials added.
CCOG.NZ This is a website targeted towards New Zealand and others with a British-descended background.
CCOGAFRICA.ORG This is a website targeted towards those in Africa.
CCOGCANADA.CA This is a website targeted towards those in Canada.
CDLIDD.ES La Continuación de la Iglesia de Dios. This is the Spanish language website for the Continuing Church of God.
PNIND.PH Patuloy na Iglesya ng Diyos. This is the Philippines website Continuing Church of God. It has information in English and Tagalog.
CCOGAfrica channel. This has messages from African pastors in African languages such as Kalenjin, Kiswahili, Embu, and Dholuo.
Bible News Prophecy online radio. This is an audio version of the Bible News Prophecy videos as well as some ContinuingCOG channel sermons. It is also available as a mobile app.
Bible News Prophecy channel. Dr. Thiel has produced many YouTube video sermonettes for the BibleNewsProphecy channel. And you can find them there.
ContinuingCOG channel. Dr. Thiel has produced scores of YouTube video sermons for this channel. Note: Since these are sermon-length, they can take a little longer to load than other YouTube videos.