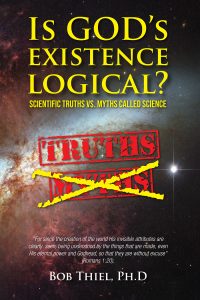 Is there a God?

Is the belief in God scientific?

Do multiple scientific truths and facts support the biblical record?

Do many scientists rely on impossible myths when they discount the idea that the universe had a Divine Creator?

Can you prove that there is a God?

Does the physical world support its chance arrival or an intelligence design?

Where did life come from?

Prove all things and hold fast to that which is good (KJV).

Here is a link to our draft booklet: Is God’s Existence Logical?

Two animated videos of related interest are also available: Big Bang: Nothing or Creator? and A Lifegiver or Spontaneous Evolution?

Posted in Booklets, Books, Questions and Answers
About CCOG
The Continuing Church of God, which attempts to represent the most faithful remnant of the Philadelphia (Revelation 3:7) portion of the Church of God, bases its beliefs on the Holy Bible. Read CCOG's statement of beliefs for more information.
Recent Posts