Greetings as we approach this Holy Day season.

Because Passover is tonight, we decided to send this out earlier in the day than usual.

Passover and the Night to be Observed

Scattered baptized members who are not part of congregations may wish to play the CCOG Passover Service video this evening.  Passover will be after sunset Thursday April 2, 2015.

Tomorrow evening is the The Night to Be Observed. This Sabbath is the First Day of Unleavened Bread.

Some may wish to watch the YouTube video titled The Night to Be Observed tomorrow evening.

There are many types of unleavened bread.

My wife Joyce seemingly likes to bake more during the Days of Unleavened Bread than she normally does the rest of the year.

Here is one of several recipes that she thought she would share:

2.  Make the crust:  Combine the flour, powdered sugar, and salt in a large bowl.  Add the melted butter and mix until combined.  Press the mixture into the bottom of a 13x9x2 inch baking pan.  (You may need to dip your fingers into a little flour or powdered sugar to keep the dough from sticking to your fingers.)  Bake for 15 minutes until golden, then set aside to cool.  Reduce the oven temperature to 325 degrees F.

3.  Make the filling:  In a blender, combine the ricotta cheese, sugar, eggs, lemon juice, flour, lemon zest, and salt.  Blend until smooth, then taste to make sure it is sweet enough for you.  If it’s not sweet enough, add a bit more sugar.

4.  Pour the filling over the baked crust and bake for about 30 minutes longer, until the filling is just set.  Allow the bars to cool, then cut into squares and sprinkle with powdered sugar, if desired.  Store leftovers in a sealed contained in the refrigerator.  Yields 20-40 bars depending on size.

Mix together flours, cut in butter.  Add milk, honey and sesame seeds to make stiff dough.  Roll thin and cut with knife into squares.  Placed on greased baking sheet.  Brush tops with milk and prick with fork.  Bake at 400 F for about 10 minutes or until desired brownness.

Here is a third:

Cream together the butter and sugar.  Add yolk and vanilla to creamed mixture.  Mix flour into the mixture.  Mix in walnuts if desired.  Put into 13 x 9 inch pan.  Pat out in pan.  Bake in 350 degree oven for 20 minutes or until golden brown.  Remove from oven and sprinkle 8-12 oz. package of chocolate chips over top of crust.  As soon as it’s softened, spread over top and smooth out.

Here is a fourth:

Blend honey, oil and milk.  Stir in remaining ingredients.  Knead lightly.  Roll on floured board with rolling pin.  Place on cookie sheet.  Cut in squares.  Make a few holes in each piece with fork.  Bake at 325 degrees for 20 minutes.

There are other recipes, but we thought sharing four with you all this year might be helpful.

My file on possible hotels to use for the Feast of Tabernacles in the Denver area has been lost for the past couple of weeks, so no location has yet been finalized.

I reprinted proposals and contacted several of the hotels and expect to have this finalized this month.

We were able to finish sending out the English editions of Bible News Prophecy magazine, as well as to print and mail out the Spanish edition. 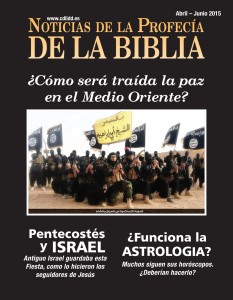 Another Congregation in Migori, Kenya

I would like to thank our God first and for the most wonderful work He started today in Migori town by officially holding Church Services with the members there, those who were really longing to worship in peace and harmony.

We have been looking for this wonderful day with  a lot of hope of which was fulfilled today. The Services was wonderful with ten adults in attendance hoping that come next Sabbath and Holy Day the number will increase due to ladies and children were not present.

We will organize with Mr. Evans Ochieng to come and visit this congregation sooner the better, so that we may continue of services there, as the people long to know this wonderful truth before the return of our Lord and King Jesus Christ that will be soon.

May I say thank you all for those who decided to restore the truth and may God bless His work in Kenya, the fields are ready but the laborers are few, God will add more laborers soon.
Pass along our warm brotherly greetings to all.
Best regards,
John

So, I decided to let him pass along the greetings to all in this manner.

I would also like to add that there is a small group in Nigeria that has also asked to become part of the Continuing Church of God.

There was some positive news in part of the USA as its governor signed a bill to attempt to legally restore some rights to be able to actually live according to religious beliefs.  While it has flaws, it was a positive step in a nation that seems determined to destroy what little respect that it has for biblical morality (see Indiana Governor Pence attempts to restore some religious rights).  However, many in the USA are complaining about this, which shows that the homosexual lobby has a huge amount of influence.  The homosexuals want people to be legally forced to support their weddings, etc. and do not believe anyone should have a right of conscience to refuse to do so.

The Israeli press has suggested that US President Barack Obama intentionally released nuclear information about the nation of Israel as part of his ‘revenge’ against Israeli Prime Minister Benjamin Netanyahu who warned about Iran’s nuclear ambitions before the US Congress (see US reveals Israeli nuclear weapons information; INN asks, ‘Obama’s revenge’?).  Barack Obama and Benjamin Netanyahu have long had their differences, but the past several weeks they have become more public.  That being said, the USA and Israel will be allies until near the time that the USA itself is destroyed, which Daniel 11:30-39 indicates.

More in the Arab world, including Egyptian President Sisi have called for the formation of an army that ultimately could develop into a force to be led by the prophesied final King of the South in Daniel 11:40-43 (see Egypt’s President Sisi again calls for ‘King of the South” military).  Leaders in the USA and elsewhere are endorsing this.  Some are concerned about how this will affect Iran as it currently is the biggest Islamic military power (see Concerns and inevitability of the ‘King of the South’ military).

The world is moving towards its destruction, but God will intervene (Matthew 24:21-22).

This Sabbath will be not only the Sabbath, but the first day of unleavened bread (Leviticus 23:6).

Because of this Sabbath also being an annual Holy Day, some may wish to have double-services.  If so, here is a suggestion for the second service (note: both the sermonette and sermon listed below have been suggested in the past):

Let us mainly conclude with something that the Apostle Paul wrote:

7 Therefore purge out the old leaven, that you may be a new lump, since you truly are unleavened. For indeed Christ, our Passover, was sacrificed for us.  8 Therefore let us keep the feast, not with old leaven, nor with the leaven of malice and wickedness, but with the unleavened bread of sincerity and truth. (1 Corinthians 5:7-8)

Brethren, let us properly keep the Passover and the Days of Unleavened Bread.
Sincerely,