On Radio in the Philippines

The Continuing Church of God is now on the radio in the Philippines, out of Surigao City. Our first broadcast was this past Sunday. 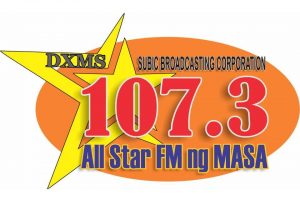 Joe Lumpay sent the following in three emails, from the Philippines, which I combined into one for this Letter:

Thank you for your nice reply … my plan {is} to finish my prepared message about the True Gospel of the Kingdom of God and to introduce to the general listeners about our Statement of Beliefs, or I have to do them alternately.

And from now on if God permits, this will be a continuing mission for me to proclaim the Gospel of God here in our place every Sunday 7 to 8 a.m.

By the way, my maiden topic to begin with was  The True Gospel of the Kingdom of God. And generally, the title of my Radio Program is ‘BIBLE NEWS PROPHECY’. …

I received the other day box of books you sent me. Thanks a lot. We are going to send two copies each for Roy Baconguis in Cagayan de Oro City. I’m excited and amazed reading the Proof Jesus is the Messiah book. I found this book very important source for a radio broadcast material especially for those Old Testament ‘haters’. Actually I touched matters about the importance of the OT because from it, truths regarding the Kingdom of God can be found more than in the NT.

By the way, I used our own vernacular (Bisayan) in the broadcast for convenience to the speaker and listeners, but often accentuated with English

for emphasis because sometimes the Bible contains archaic bisayan words that most millennials no longer can understand.
Best regards,
Joe Lumpay

We have had plans to possibly cover the Philippines via shortwave in the future, and still may do that. Bisayan is a language/dialect that many in the southern part of the Philippines speak.

Radio is a door (cf. 2 Corinthians 2:12) that the Philadelphian portion of the Church of God (Revelation 3:7-8) has used since the 1930s to reach people with the good news of the coming Kingdom of God.

To see all the radio stations that the CCOG is on visit the CCOG Multimedia page.

Receive greetings in Jesus Name. We are doing well here at Rift Valley. We have only one day to visit Narok and Mau. We have noticed that there is drought and famine in those areas. The brethrens are really expecting our visit.

The brethrens who were affected by the clashes need assistance because of the famine experienced in those areas. They were hardworking and they were struggling so much but after the eviction they were affected much and they had not settled since that time. We really thank Evangelist Ochieng and the entire Church because they sent food and other assistance to them that year. James 2:14.

Here in Kenya, almost every commodity has risen. We will therefore plan to visit them again with Evangelist Ochieng though he has much work to do in Africa. I will request him to accompany me to those places. God bless you.

We are glad to see the growth and glad that food was provided.

As we have stated before, YouTube has been making it more difficult for people to find, download, and watch our videos. Basically, because they prefer us to preach “smooth things” (Isaiah 30:10) and not “cry aloud” (Isaiah 58:1) about aspects of biblical morality.

Because of my distrust of YouTube and ‘Big Tech,’ years ago also went on other platforms (like BitChute, COGTube, Vimeo, and Brighteon) and we are also on COGAnimations at Bitchute.

However, YouTube is normally (though not always) our most popular platform.

But I have been convinced that what YouTube has been doing has prevented our videos going ‘viral’ in the past couple of years or so.

Yet, despite actual issues with YouTube, we continue to get new subscribers to our videos. As of January 6, 2021, we had 2,614 subscribers on the ContinuingCOG channel–this has grown to 3,141 on August 2, 2022. This is the channel that has our sermons, offertory messages, and some of our less prophetically-oriented sermonettes.

We also have 5,780 subscribers to our Bible News Prophecy channel. This is up from 5,493 on January 6, 2021. This is our main sermonette channel. But this is a fairly slow rate of new subscribers in a period of this length–and that seems directly related to what YouTube has been doing in shadow banning us. Our Bible News Prophecy channel tends to have a broader audience than the sermon channel.

According to YouTube, subscribers watch more often than non-subscribers and our number of subscribers to these channels has continued to rise. Hence, our audience continues to expand–but YouTube looks to have taken steps to slow the expansion.

Perhaps it should also be pointed out that YouTube is owned by Google and Google itself is also engaging in “shadow banning” items at COGwriter.com as its positions on COVID, vaccines, the LGBTQ+ agenda, etc. have inclined Google to attempt to suppress results that have views it does not share. Shadow banning is basically when a site like Google stops results that should be on the first few search result pages, and instead pushes them to later pages that few people will go to.

Shadow banning, also called stealth banning, ghost banning or comment ghosting, is the act of blocking or partially blocking a user or their content from an online community so that it will not be readily apparent to the user that they have been banned. (Shadow Banning. Wikipedia, viewed 01/06/21)

And yes, YouTube and Google (and probably other sites) have been doing this for years. But it has worsened in this past few years. Yet, we are still getting more subscribers.

We continue to see more and more censorship from Big Tech for views they want cancelled. Former Roman Catholic, and now Protestant, Mike Gendron, reported that Facebook shut him down supposedly for violations of its “community standards,” yet Mike says he had not changed his messages from the past (see MG: Is Roman Catholicism the One True Church? … Facebook Has Banned Mike’s Ministry). Something like that happened to us when YouTube censored and removed two of our videos last year.

Of course, it is not just Big Tech doing this. Academics and politicians are more and more trying to push the narrative that biblically-based positions on immorality are “hate speech” (see ‘Today, … pro-life viewpoints are being declared virtual hate speech’). Many these days are working to “suppress the truth in unrighteousness” (Romans 1:18).

Ultimately, that will result in the coming ‘famine of the word’ that is referred to in Amos 8:11-12.

U.S. Speaker of the House, Nancy Pelosi, was in Taiwan yesterday. Some feared this would spark WWIII (see CNN: Nancy Pelosi to visit Taiwan; some fear WWIII), while it will not, there very well could be military, economic, and other consequences (see Nancy Pelosi speaks in Taiwan, China angry as the USA shows itself to be “an hypocritical nation”). China put on a military display related to Taiwan today (see ZH: Ballistic Missiles Soar Over Taiwan, “Hundreds” Of PLA Fighters Breach Airspace, As 5-Day Drills Commence ). The USA’s position on Taiwan is a bit two-faced, claiming that it believes in one China, including Taiwan, yet backing Taiwan’s independence. One outcome from any actions China may take will be to get the USA to put even greater focus on China as an enemy and less focus about that potential for Europe.

Furthermore, sanctions and threats of sanctions from the USA against Russia, China, and others are encouraging more nations to work to try to bypass its dollar as the world’s reserve currency. That is something that Gentile groups such as the Shanghai Cooperation Organization, which just concluded its international meeting this past week, are working towards (see The News: SCO partnership for peace and prosperity; COGwriter: Dumping the USA dollar and Armageddon).

3 Blessed be the God and Father of our Lord Jesus Christ, who has blessed us with every spiritual blessing in the heavenly places in Christ, 4 just as He chose us in Him before the foundation of the world, that we should be holy and without blame before Him in love, 5 having predestined us to adoption as sons by Jesus Christ to Himself, according to the good pleasure of His will, 6 to the praise of the glory of His grace, by which He made us accepted in the Beloved.

7 In Him we have redemption through His blood, the forgiveness of sins, according to the riches of His grace 8 which He made to abound toward us in all wisdom and prudence, 9 having made known to us the mystery of His will, according to His good pleasure which He purposed in Himself, 10 that in the dispensation of the fullness of the times He might gather together in one all things in Christ, both which are in heaven and which are on earth — in Him. 11 In Him also we have obtained an inheritance, being predestined according to the purpose of Him who works all things according to the counsel of His will, 12 that we who first trusted in Christ should be to the praise of His glory. (Ephesians 1:3-12)

Yes, brethren, God knew YOU before the foundation of the world. He had a plan for the forgiveness of sins. He has made available to us knowledge of various mysteries (see also
The MYSTERY of GOD’s PLAN: Why Did God Create Anything? Why Did God Make You?).

We Christians have an inheritance beyond what we can even imagine.

And those called in this age (see also Is God Calling You?) will see His glory before others (cf. Revelation 20:4-5).

Posted in Letters to the Brethren, Uncategorized
About CCOG
The Continuing Church of God, which attempts to represent the most faithful remnant of the Philadelphia (Revelation 3:7) portion of the Church of God, bases its beliefs on the Holy Bible. Read CCOG's statement of beliefs for more information.
Recent Posts