Since we are to provide what is needed in a season (Psalm 145:15), the recommended sermon is intended to remind people that this particular season was not observed by faithful original Christians.

I greet you in the name of Jesus, we thanks God for making the youth meeting at Chilani successful.the function went on from12 December to sabbath day, the youth were taught well because teachers were many,this meeting has helped a lot since many youths attended and this can make changes in the society. We thank Pastor Ochieng for preparing this meeting to take place on December. we thank you for your prayers, I have sent you some photos which i took  during the meeting. The children have recovered, Pastor William’s children who went to Hospital. We have contributed some amount but not fully paid, so we request you to assist in paying the remaining  amount which were used for hiring the vehicle.the remaining is not so much.

I gave this copy to pastor Ochieng .

Evangelists Evans Ochieng sent in the following report and photographs from the camp in Ndhiwa:

Greetings from Kenya.
We had a wonderful youth camp and since there was a problem in Kenya concerning the transportation. We expected more children than actually attended the camp. The Kenya government put out many unworthy road vehicles. So the vehicles are very few that makes means of moving very difficult. The bus fare rose up almost three times. So transport is very high. But still very many youths came.  The number  was 126. Tomorrow I will try to send all the names of youths who attended the camp. Because of lack of vehicle, the youths from Nyakach didn’t come and youths from Kihancha. Only one boy came from Nyakach. Otherwise the youths from Kisii, Migori, Gribe, Muhuru, Mbani, Kiseke, Oriang and Ndhiwa were all there.
Evans

It is a sad that more were unable to come this year, but we are glad that many were still able to attend.

Dear Evangelist Thiel,
Glad to inform you that I was on the local radio station on Sunday.
I got a wonderful opportunity to discuss Revelation 6 and most especially the verses 1 and 2.
I dwelt on the topic ”White Horse-Many Shall Come in My Name.” It was so wonderful that I got positive reactions especially from the Seventh Day Adventist members.
I am invited again to the same Anyuola FM to discuss the other three Horsemen of Revelation 6.Anyuola Fm is a local Dholuo Station covering a few areas in Luo land and some parts of Isibania border.Unfortunately,it does not cover Kehancha and Tanzania.
We have a local radio station in Kehancha which covers a bigger area.It is called Togotane FM but they charge a bit expensive as compared to Anyuola i.e $ 35 for 30 min.We pray that we one day use Togotane FM to reach more people in various regions.May you pray that it goes further.
On the other hand,I have been enjoying your discussion on the online radio which is being aired out by Brother John Hickey.
I got a very good article on The Pharisees.It is so good.
May the almighty Yahweh bless you abundantly for doing this wonderful Work.
Best regards
Ondigo

Last Thursday afternoon, I was on the radio on the NutriMedical Report with Dr. Bill Deagle. We discussed matters related to the Sanhedrin and animal sacrifices, as well as items related to the final time of the Gentiles. 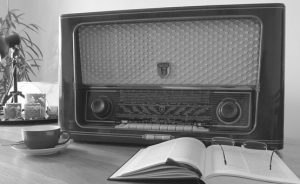 Dr. Deagle’s program is on Revolution Radio, Red State Radio, and other outlets. He informed me that he is working on attaining 2000 stations with an audience of many millions. 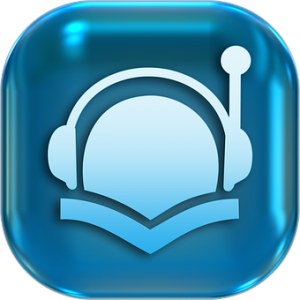 Steve Dupuie has been working on turning some of our booklets into audiobooks.

Finally, we have been able to make them available.

The following have audiobooks: Prayer: What Does the Bible Teach? and Christians: Ambassadors for the Kingdom of God, Biblical instructions on living as a Christian.

While they can be listened to directly over the internet, they can also be downloaded and listened to on other devices.

This is another way to reach people in ways some prefer to be reached or study.

As a reminder, we are getting close to the end of the calendar year. Those who live in the United States, to have their contributions eligible for tax deduction for calendar year 2018, need to send mail donations no later than December 31, 2018. Those who physically mail donations, they must be postmarked by December 31, 2018 to be eligible for deductibility for 2018.

In Canada the rules may be slightly different for mailed and other contributions, so if you want the tax deduction for calendar year 2018, they likely also need to be made before the end of the calendar year to the CCOG in Canada.

The European Union (EU) released a plan in case there is a no-deal, also known as a hard, Brexit (see ‘100 days to Brexit: EU acts to cushion no-deal shock’). The EU and UK Prime Minister Theresa May both seem to feel that if they present a frightening scenario that the UK Parliament will approve a deal that they both agreed to. No matter how Brexit ends, the EU will not forgive the UK for initially voting for it.

The vice president of the European Commission, Frans Timmermans, said that Europe uniting with Africa was part of their destiny (see EU, US, Russia, and China vie for Africa: Which claims it as its destiny?). To a degree, the Bible points to this as it shows that the European King of the North will one day make a lying deal with the North African/Middle Eastern King of the South (Daniel 11:27) and then eventually takeover territories and wealth from the King of the South (Daniel 11:40-43).

Speaking of Europe, the climate conference called COP24 concluded. The official hope is to prevent global warming (see COP24 ends: Will it prevent scorching heat?), but the Bible shows that scorching high heat will happen per Revelation 16:8-9.

Notice the following from the Webster Bible Translation:

2 Thus saith the LORD, Learn not the way of the heathen, and be not dismayed at the signs of heaven; for the heathen are dismayed at them. 3 For the customs of the people are vain: for one cutteth a tree out of the forest, the work of the hands of the workman, with the ax. 4 They deck it with silver and with gold; they fasten it with nails and with hammers, that it may not move. 5 They are upright as the palm tree, but speak not: they must needs be borne, because they cannot go. Be not afraid of them; for they cannot do evil, neither also is it in them to do good. … 21 For the pastors have become brutish, and have not sought the LORD: therefore they shall not prosper, and all their flocks shall be scattered. (Jeremiah 10:2-5, 21)

Brethren, the world likes to cling to worldly heathen practices, and their pastors support this.

While some have argued that Jeremiah was not writing against Christmas trees, many seem to overlook the main point of Jeremiah 10.

Jeremiah 10 says do NOT do what the heathen do for their religious celebrations, including bringing a tree in your house and decorating it.
While I realize that this command was not specific to Christmas trees, it certainly seems applicable now as those of the world do bring in and decorate evergreen trees as part of their religious observances. And while they do not normally use real silver and gold, the tinsel, certain bulbs, etc. people put on them often look like gold and silver.

Of course, we realize that in the millennial Kingdom of God there will not be such things.