Greetings during the Winter in the Northern Hemisphere.

The Bible tells about giving “meat in due season” (Psalm 145:15, KJV), so our recommended sermonette is dealing with a big season for the world. Here is a link to our sermonette video: 22 Points to Consider About Christmas. 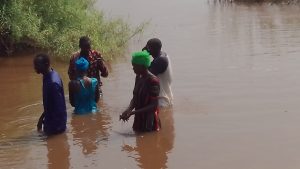 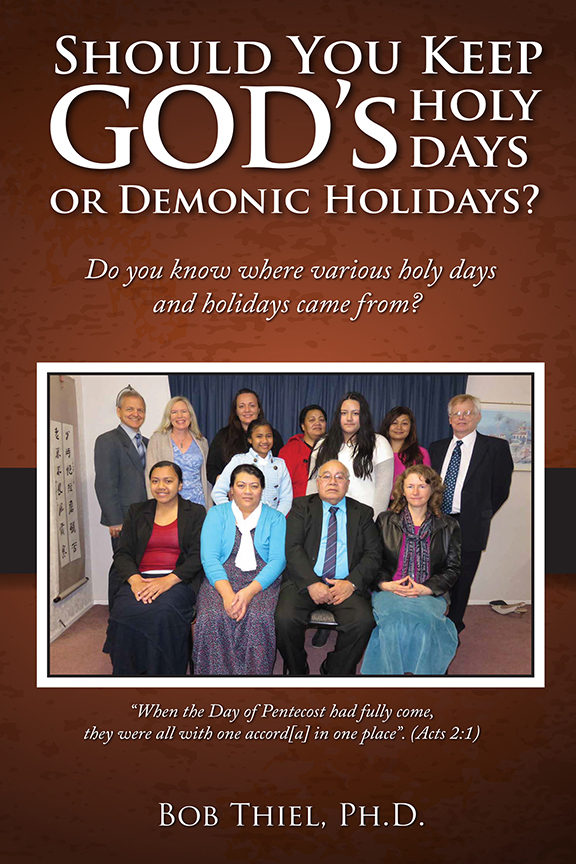 Although the Bible never endorses the celebration of birthdays, including that of Jesus, most who profess Christianity, as well as many that do not, observe it.

The early Church of Rome did not celebrate Christmas nor any other birthday. Birthday observances were still condemned in the late 3rd century by Arnobius (Against the Heathen, Book I, Chapter 64).

Furthermore, Tertullian warned that to participate in the winter celebrations with wreaths and gift-giving made one beholding to pagan gods. There was one such celebration known as the Saturnalia that was celebrated by the heathen in late December.

The claimed “father of Latin theology,” Tertullian denounced winter celebrations, such as Saturnalia (from a pagan deity whose name meant plentiful) which morphed into Christmas as he wrote:

The Minervalia are as much Minerva’s, as the Saturnalia Saturn’s; Saturn’s, which must necessarily be celebrated even by little slaves at the time of the Saturnalia. New-year’s gifts likewise must be caught at, and the Septimontium kept; and all the presents of Midwinter and the feast of Dear Kinsmanship must be exacted; the schools must be wreathed with flowers; the flamens’ wives and the aediles sacrifice; the school is honoured on the appointed holy-days. The same thing takes place on an idol’s birthday; every pomp of the devil is frequented. Who will think that these things are befitting to a Christian master, unless it be he who shall think them suitable likewise to one who is not a master? (Tertullian. On Idolatry, Chapter X)

Around the time of Tertullian, the Roman Bishops Zephyrinus (199-217) and Callistus (217-222) had a reputation of compromise and corruption (and this is confirmed by such Roman Catholic saints such as Hippolytus (Hippolytus. Refutation of All Heresies, Book IX, Chapter VI) and allowed people in their church that compromised with paganism, etc.

The Babylonians also celebrated a rebirth of the sun during the season of the winter solstice. December 25th was eventually chosen as the date of Jesus’ birthday, because the Saturnalia and other sun god worship happened at that time of the year:

In 354 A.D., Bishop Liberius of Rome ordered the people to celebrate on December 25. He probably chose this date because the people of Rome already observed it as the Feast of Saturn, celebrating the birthday of the sun. (Sechrist EH. Christmas. World Book Encyclopedia, Volume 3. Field Enterprises Educational Corporation, Chicago, 1966, pp. 408-417)

Helios Mithras is one god…Sunday was kept holy in honour of Mithra, and the sixteenth of each month was sacred to him as mediator. The 25 December was observed as his birthday, the natalis invicti, the rebirth of the winter-sun, unconquered by the rigours of the season. (Arendzen J.  Mithraism. The Catholic Encyclopedia, Volume X. Nihil Obstat, October 1, 1911)

Emperor Constantine had been the follower of the sun-god Mithras, who was considered to be the unconquered sun and was one born from a rock in a below ground cave. Perhaps because of this, his mother Helena decide to believe the myth that Jesus was born in a below ground rocky cave.

Rome now teaches this (and this author has seen that ‘nativity’ displayed multiple times in Vatican City), but in the third century one of its supporters, Commodianus, condemned the rock deity:

The unconquered one was born from a rock, if he is regarded as a god. Now tell us, then, on the other hand, which is the first of these two. The rock has overcome the god: then the creator of the rock has to be sought after. Moreover, you still depict him also as a thief; although, if he were a god, he certainly did not live by theft. Assuredly he was of earth, and of a monstrous nature. And he turned other people’s oxen into his caves; just as did Cacus, that son of Vulcan. (Commodianus. On Christian Discipline)

Jesus was not born from a rock, yet that is partially how His birth is now portrayed. It is also not true to teach that He was born on December 25th. Scholars recognize that shepherds would not have been out with their flocks in the field (like the Bible shows in Luke 2:8) as late as December 25th and that the biblically-mentioned (Luke 2:1-5) “census would have been impossible in winter” (Christmas. The Catholic Encyclopedia, 1908).

Many of the practices and customs associated with Christmas come from paganism as real scholars will admit. Neither Jesus’ apostles nor their early followers observed Christmas.

Although many Greco-Roman Catholics and Protestants claim Christmas honors Jesus, as it is based on lies and not truth, it does not.

24 God is Spirit, and those who worship Him must worship in spirit and truth. (John 4:24)

While the Bible does not prohibit secular holidays (like sober independence day observances), early Christians did NOT pray to dead saints nor observe anything like All Saint’s Day nor Christmas. Many pagan deities were essentially changed from being the ‘god of something’ to being called the ‘saint of something.’

Some of the pagan practices may have changed, but the repackaged demonic holidays are still not Christian, nor are they those that Jesus and His early followers kept. Many holidays that people keep came from paganism, and even have ties to the ancient Babylonian mystery religion. When God sent Nehemiah to help the children of Israel who had been influenced by Babylon, notice what Nehemiah said he did:

The New Testament warns of a compromised faith and “Mystery Babylon the Great” (Revelation 17:5). Notice what the Bible teaches that God’s people should do in regards to “Babylon the Great”:

4 Come out of her, my people, lest you share in her sins, and lest you receive of her plagues. (Revelation 18:4)

December 25th is not a holiday to honor the true God.

We have numerous Summer camps in Kenya that start today (it is Summer south of the equator and the youth are now out of school. Here is an email that evangelist Evans Ochieng sent me about it:

Greetings from Kenya.
We are planning to have youth camp in Kenya as from 22 December 2022. We are asking for the assistance.  Youth camp will be in got Kachola,  Kisii,  Chilani,  Njoro, Mau and Bomet. The Ndhiwa youths,  Mbani, Oriang, Migori, Muhuru,  Kituka, Got Kachola and Kiseke will all go to Got kachola. Kaplecho, chilani,  Daktech will all go to Chilani.  Njoro, Sirikwa will be at Njoro. Kisii will remain in Kisii. Kihancha will also go to Got Kachola.
Evans.

We are to help reach the youth in these times as taught in scriptures such as Malachi 4:5-6.

We were able to get some Creole language Bibles as well as French language booklets into Haiti this week despite various difficulties. 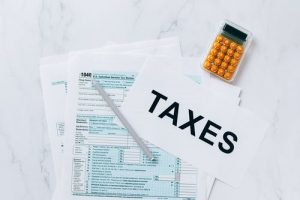 As mentioned last week, we are getting close to the end of the Roman calendar year. Those who live in the United States, in order to have their contributions eligible for tax deduction for calendar year 2022, need to send electronic or regular mail donations no later than December 31, 2022. For those who physically mail donations, they must be postmarked by December 31, 2022 to be eligible for deductibility for 2022.

In Canada the rules may be slightly different for mailed and other contributions, so if you want the tax deduction for calendar year 2022, they likely also need to be made before the end of the calendar year to the CCOG office in Canada.

(In New Zealand, they use a March 31st date to end their tax year.)

I wrote a relatively long post at the COGwriter.com website pointing out that a Roman Catholic who said he was dispelling myths against the celebration of Christmas was in major error (see Christmas ‘myths’ apologist overlooks writings from Roman Catholic scholars). Among other issues the Roman Catholic said, although he did not believe Christmas has pagan origins, he basically claimed that should not matter.

Well Christmas does have pagan origins and is filled with pagan practices.

Christians should follow Nehemiah’s example and not participate in pagan practices.

In other news, the European Union has began a new impositions of taxes (see ‘EU Imposes The World’s Largest Carbon Tax Scheme, Inflationary Madness Sets In’). We will see if this will be the fulfillment of Daniel 11:21.

God inspired the prophet Jeremiah to write the following:

1 Hear the word which the LORD speaks to you, O house of Israel. 2 Thus says the LORD, “Do not learn the way of the [pagan] nations, And do not be terrified and distressed by the signs of the heavens Although the pagans are terrified by them; 3 For the customs and decrees of the peoples are [mere] delusion [exercises in futility]; It is only wood which one cuts from the forest [to make a god], The work of the hands of the craftsman with the axe or cutting tool.

4 “They adorn the idol with silver and with gold; They fasten it with hammers and nails So that it will not fall apart.

5 “They are like scarecrows in a cucumber field; They cannot speak; They have to be carried, Because they cannot walk! Do not be afraid of them, For they can do no harm or evil, Nor can they do any good.” (Jeremiah 10:1-5, Amplified Bible)

10 But the LORD is the true God and the God who is Truth; He is the living God and the everlasting King. The earth quakes and shudders at His wrath, And the nations are not able to endure His indignation.

11 In this manner you shall say to them, “The gods that did not make the heavens and the earth will perish from the earth and from under the heavens.” …

15 They are worthless and devoid of promise, a work of delusion and mockery; In their time of [trial and] punishment they will perish [without hope]. (Jeremiah 10:10-11, 15, Amplified Bible)

Brethren, do not be deceived, Christmas is not based on truth and is not doing real Christianity any good..