Last week we mentioned some new Youth Bible Lessons and CCOG/CG7 Pastor Samuel Ofosu contacted me from Ghana and we have ordered a couple of sets of each of the six lessons we now have completed (that group is with CCOG, but since they were called CG7 before, when they asked to be part of CCOG, we did not require them to change their name, file legal registrations, etc.).

As also mentioned last week, my family and I are planning on having Sabbath services in Brea, California, which is in northern Orange County on February 12, 2022.

Those who wish to attend can send me an email to cogwriter@aol.com

We finally have gotten caught up on our backlog of Spanish language literature.

The available books and booklets, including one or two still in draft form, are available at: https://www.cdlidd.es/libros-gratis/

We are also producing more Spanish language videos, which are available at: CDLIDDSermones channel.

That being said, would you possibly like to volunteer to help?

We are looking for someone whose native language is preferably American English who is meticulous and detail oriented. No knowledge of Spanish is required at all.

The volunteer work involves reading a machine-generated transcript of CCOG sermon and/or sermonette videos, watching those same videos to check the transcription, then correcting errors in the transcription and sending the corrected version to Carlos Aponte or Oscar Leal. After they receive the corrected transcript, they then translate it into Spanish, so they can either dub English videos with Spanish or make new videos from their translations into Spanish.

If you are willing to volunteer, think and pray about it. We really would want someone who is committed to doing this and it willing to have it as a priority.

If you would like to be considered for this, please email Carlos Aponte: carlosaponte2007@hotmail.com

Thank you for your consideration.

Feast of Tabernacles in Australia, the Philippines, and the USA

The governments of Australia and the Philippines have announced plans to lift some COVID travel and quarantining measures later this month.

However, certain details are still unclear, plus we have concerns that the rules in those lands could change.

Thus, we have not yet figured out if we will try to send the Dupuies to the Philippines or my family to Australia.

In my family’s case, it is even trickier as we will likely need to be in the USA for at least part of the Feast, and the site we have been considering does not have the type of flight connections to make that particularly doable.

As it has turned out, we have not been able to book a proper facility in southern Missouri for the continental USA site. We had narrowed it down to two places–one does not seem to have a great meeting room and we have had some communication issues related to the other one, so we not yet finalized a location.

That being said, Jamie Stonham has proposed having an Australian site at Pacific Palms, in northern New South Wales, which is about 2.5 hours north of Sydney. If you are in Australia and may wish to attend, please email him: jamie.stonham@gmail.com

Baptisms and the Blessing of Children 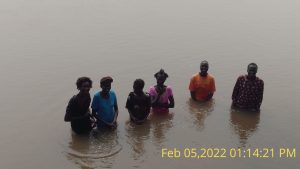 This day after the Sabbath service, These people have got baptism, and the Church added their names today in a book of Remembered by the hand of Continuing Church of God here in Gambella, Ethiopia.
Names are as follow:
1. Nyakhor Khan Tap
2. Nyanyany Gatwech Kuany.
3 . Nyanpal Dang Tut.
4. Nyadak Deng Long.
5. Duol koang Deng.
Thanks,
Deacon Koang Deng.

That is great news.

Even the angels in heaven rejoice such as Jesus said:

8 “Or what woman, having ten silver coins, if she loses one coin, does not light a lamp, sweep the house, and search carefully until she finds it? 9 And when she has found it, she calls her friends and neighbors together, saying, ‘Rejoice with me, for I have found the piece which I lost!’ 10 Likewise, I say to you, there is joy in the presence of the angels of God over one sinner who repents.” (Luke 15:8-10)

So, five baptisms would be five times the rejoicing :). 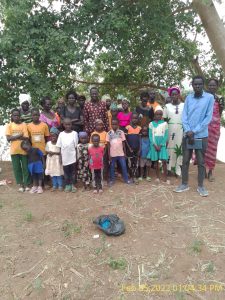 14 Children have got blessed today after baptism service.
Thanks,
Koang Deng.

Jesus blessed little children (Mark 10:14-16), and that is a practice we continue with as well (see also Blessing of Children or Infant Baptism? ).

The situation involving Russia and Ukraine remains in the news (see Wars and Rumors of War: What about Russia and Ukraine?). Some have falsely suggested that this is related to the Gog and Magog war of Ezekiel 38 (als0 I365 posts Gog and Magog war to be between Russia and USA; COGwriter says no) or the possible start of World War Three (see WWIII over Ukraine? Is there a place of escape?). The sermonette recommended for this Sabbath deals with some prophecies related to people in Russia and Europe (watch Russia, Ukraine, Babylonian Europe, and Prophecy).

While I would not wish to hear loud trucks doing a lot of honking nor be stuck in unnecessary traffic, it is disturbing that the Ottawa Police pressed GoFundMe to withhold funds for Freedom Convoy 2022 (see Canadian truckers and the political weaponization of money: a prelude to 666?). More and more we are seeing the weaponization of money. We know that ‘666’ will be do this even more (cf. Revelation 13:15-18).

This past Sunday marked the 70th anniversary of the monarchy of Queen Elizabeth II. Despite her issues, she looks to sit on the throne of David, a throne that Jesus will sit on in the future (see AP: Queen marks 70 years on throne).

9 For you remember, brethren, our labor and toil; for laboring night and day, that we might not be a burden to any of you, we preached to you the gospel of God. (1 Thessalonians 2:9)

Brethren, Melito of Sardis was a faithful laborer and the sermon recommended for this Sabbath not only teaches about him, it also shows that almost 1900 years after he started teaching we still hold those beliefs today.