2 Beloved, I pray that you may prosper in all things and be in health, just as your soul prospers. 3 For I rejoiced greatly when brethren came and testified of the truth that is in you, just as you walk in the truth. 4 I have no greater joy than to hear that my children walk in truth. (3 John 2-4)

One of the reasons that I started with that is because of the sermon recommended for this Sabbath.

I have had to deal with ‘sacred name’ heresies that arose in Canada, Ghana, and India over the past several months.

The truth is that the ‘sacred name’ movement is built upon falsehoods and is not truth. In addition to a sermon, I also wrote an extensive article about this–which I first released as a draft last month, but ‘finalized’ (it still is subject to update) last Sabbath (see The Bible, Church History, and Sacred Names).

While this is not a subject that has affected most of our brethren, it is a heresy that has arisen over the years and affected some associated with the Church of God.

Those willing to believe the biblical truth on this matter will not be deceived by it.

The Bible Sabbath Association, which is not a Church of God group (though it has members that are in the COGs, as well as members who are not), has published a series of articles from me on this subject.

The latest edition (January-February 2018) of its The Sabbath Sentinel magazine published my fifth-part of a series on this subject. Here is a link: .

More information on this subject can be found in the article: Another Look at the Didache, Ignatius, and the Sabbath.

Very few people understand the truth about early Christianity and most have been misled about the Sabbath and other church doctrines (see also our free online book: Continuing History of the Church of God).

As mentioned last month, I have been working on getting more of our materials translated into the French language available online.  Originally, when we used a local printing company, the files provided were not all also uploaded. 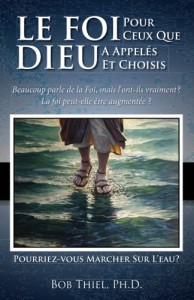 Now, all seven of our booklets are available online in the French language at http://ccog.eu/category/francais/.

This is something I wanted to get done earlier, but with a lack of staff could not get to it.

Most of the booklets are also available via Amazon CreateSpace, and we are working to get them all available there as that is the most cost-effective way to print and ship small quantities of them.

The English versions of them, are also online. Here is a listing of them in the same order shown for the French versions: Faith for Those God has Called and Chosen; Should You Observe God’s Holy Days or Demonic Holidays?; The Ten Commandments: The Decalogue, Christianity, and the Beast; Where is the True Christian Church Today?; Prayer: What Does the Bible Teach?; The Gospel of the Kingdom of God; and Continuing History of the Church of God.

We received many requests from Mozambique to help them repair the roofs which were destroyed by the wind. Evangelist Ochieng asked us to send funds to Malawi so that they could go to Mozambique to assist with repairs, so we did.

Donation/contribution receipts for USA residents were sent out early this week. If you need one and do not receive one by the end of next week, contact me and we will strive to send out another.

Europe keeps seeing reasons to distance itself from the USA (see Donald Trump says he’s a ‘stable genius’ as Europe is driven to arm). Of course, Europe has its own problems (see Germany’s Merkel hoping to put together a coalition, but a ‘strongman’ will one day lead Europe), but will one day turn itself over to the King of the North Beast power (Revelation 17:12-13). This will not end well for the USA (cf. Daniel 11:39; Revelation 13:3-4).

Mexico, too, has issues with the USA, and is leaning towards Europe and away from the USA (see also Donald Trump wants $18 billion for a wall and again claims that Mexico will pay for it)–as are other parts of Latin America (see Over 262,000 Salvadorians may have to leave the USA). The Bible teaches that the European King of the North will takeover the place with the strongest fortresses and divide its land for gain (Daniel 11:39)–I expect Mexico to get land that is currently considered part of the USA.

The Apostle Peter stated the following:

1 … there will be false teachers among you, who will secretly bring in destructive heresies … (2 Peter 2:1)

10 Therefore, brethren, be even more diligent to make your call and election sure, for if you do these things you will never stumble; 11 for so an entrance will be supplied to you abundantly into the everlasting kingdom of our Lord and Savior Jesus Christ. (2 Peter 1:10-11)

Brethren, many deceivers have attempted to promote many heresies–do not fall for them.