Greetings from the Five Cities in California.

Because of the wrongful killing of George Floyd there have been protests and, in some areas, rioting.

The local Chamber of Commerce, after consultation with the local police, was warning businesses in Arroyo Grande and Grover Beach to remove anything that protesters may use as projectiles or to light fires for a protest planned for late Friday afternoon. The protest was on the same street as our office, but about six blocks away. Various businesses boarded themselves up as that was recommended. Some people stayed guard outside their places of business. We closed our shades, removed computers, took other steps, and I prayed.

When driving home Friday, I first saw a lot of pickup trucks with large US flags on the side of the main street (Grand Avenue) and then ended up driving past the protesters who were loud. I suspect the people with the flags and pickup trucks were opposing the protesters, but did not witness any confrontations. Most of the protesters were white as were those who may have been their opponents (who were not loud).

Shortly after I drove past, the police decided to allow the protesters to block one of the busiest intersections in this area for about nine minutes.

Protesters are taking 8 mins & 46 seconds of silence for #GeorgeFloyd – police have the intersection blocked off for them in both directions on oak park and on east grand & west grand pic.twitter.com/pFTiCnHkxN

That being said, my own experience with the actual Grover Beach police has been positive (essentially they come out if the office security alarm goes off and I have seen them being kind to homeless people). But, if there was to be widespread mayhem of hundreds or more protesters, they likely would not be able to protect businesses or other property.

Anyway, when we came back to the office on Monday, we put our computers and some other selected items back.

We hope and pray that if you live in the USA you have been safe during this time of protests (we have not received reports of loss or violence from any of our USA supporters, so we presume all have been safe).

Pastor Tiongik Sawek mentioned last week that he was planning on visiting the Mau region of Kenya. He did and sent the following reports and photos:

Receive greetings in the name of Jesus Christ. We begin our sabbath at 9.00 a.m at Mau. We had representatives from four local churches. They also follow the government directives for not crowding in a meeting. We converged nearby the church building in which they usually converge during the general sabbath. We decided to do our sabbath there because it was accessible compared to other places. I was warmly welcomed to share a word with them . We learned various words as seen in the book of Acts 14:21-23. I proceed in teaching them in the book of James 1:12. I also mention a word in the book Job 1:1, 2:1. and also in Mathew 24:1-14. I also encouraged them in the book of Amos 8:11-13. They were thirsty for words. I will give more reports tomorrow. The sabbath ended at 4P.M because we share a lot. They really miss one another as brethrens I came back today from Mau. 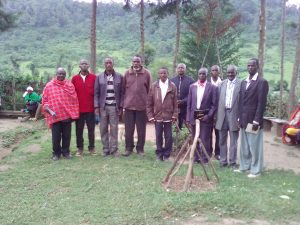 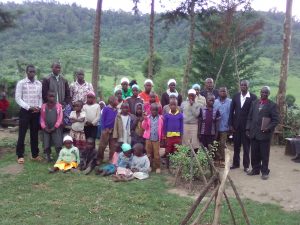 {The above} are photos I took while in Mau. God bless you.
Regards,
Pastor Sawek

Receive greetings in Jesus Christ. I reached Mau on Friday well though there were challenges on the road. The main roads were impassable due to insecurity there. I had to travel using different routes using public means and thereafter walking through different routes because even bikes will not pass there. I thank God because He make everything  possible. The commissioner was waiting for our decision concerning the end of these disputes they have encountered for several years between the communities. I was among the committee leaders who represented the church. We reached out on a solution after talking for some hours. One of the agreement we reached was that every individual must surrender any harmful weapons. The process of surrendering the weapons started when i was there. The other solutions was to appoint the chief in a community that is lacking one.This will enable them to solve any problem encountered by the people. Mathew 5:9

Concerning church, the brethrens are going on well though they face challenges.Some of them were sent out their homes while others were displaced by landslides due to heavy rains and they lost their crops and food in their farms. They are now planning on how they will re-plant their crops. Some of them does not have food since the crops in their farms were destroyed by floods. They requested for my next visit because i was not able to reach to all local churches. I thank you for your support. I will send some few photos from mau. 2 Timothy 4:5-16. God bless you.
Regards,
Pastor Sawek

Yes, many do wish to hear the true word and people like Pastor Sawek are traveling to provide it.

“How beautiful are the feet of those who preach the gospel of peace,
Who bring glad tidings of good things!”

16 But they have not all obeyed the gospel. For Isaiah says, “Lord, who has believed our report?” 17 So then faith comes by hearing, and hearing by the word of God.

And the ends of the world include places like Mau in Kenya. 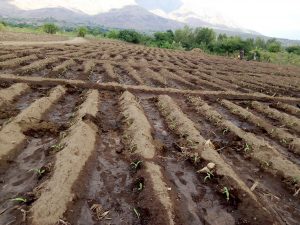 This is a field being irrigated by the pump we sent funds to pay for a few months back. He has also asked for some funds for fertilizer and feed for the chickens in the egg project, which we provided. We hope this will allow the brethren to grow more of their own food.

Over in the Middle East, Israel, Syria, and Iran have been involved in military actions, while Turkey and Egypt seem to have strained relations (see BIN: Iranian Forces Amass on Israeli Border & Egyptian Tank Platoons Amass on Libya Border Readying to Challenge Turkey). There are also issues between Israel and the Palestinians that Israel’s proposed annexations look to worsen (see Graduates pick crops in Gaza and Palestinian Authority considers declaring statehood if Israel annexes). Biblical prophecies in Isaiah 22, Daniel 11, and elsewhere will be fulfilled and some recent events are consistent with them.

The USA has continued to have protests over racial and police matters (see AP: Largely peaceful protests against police brutality march on; COGwriter: Local protest loud, but not destructive). We are seeing more and more division in the USA and according to Jesus, “every city or house divided against itself will not stand” (Matthew 12:25).

The USA has upset some in Germany and elsewhere in Europe about a proposal to reduce American troops in Germany (see Europe’s Gaia-X and PESCO wake up call because of proposed US troop reductions in Germany and Germans sees US debt and US troop reductions as reasons to develop military and European army). The Bible shows that Europe will end up with a great army (Daniel 11:25) and more in Europe are publicly discussing their desire for Europe to have a military force that in not at all dependent upon the USA–this will not end well for the USA (cf. Daniel 11:39).

We sent funds this week to the Mau region for chicken (egg) and women’s projects, to Ethiopia to relieve some of the poverty there, and to Malawi to support crop production and the chicken (egg) project there.

13 Whoever shuts his ears to the cry of the poor Will also cry himself and not be heard. (Proverbs 21:13)

9 He who has a generous eye will be blessed, For he gives of his bread to the poor. (Proverbs 22:9)

27 He who gives to the poor will not lack, But he who hides his eyes will have many curses. (Proverbs 28:27)

14 What does it profit, my brethren, if someone says he has faith but does not have works? Can faith save him? 15 If a brother or sister is naked and destitute of daily food, 16 and one of you says to them, “Depart in peace, be warmed and filled,” but you do not give them the things which are needed for the body, what does it profit? 17 Thus also faith by itself, if it does not have works, is dead. 18 But someone will say, “You have faith, and I have works.” Show me your faith without your works, and I will show you my faith by my works. (James 2:14-19)

9 And let us not grow weary while doing good, for in due season we shall reap if we do not lose heart. 10 Therefore, as we have opportunity, let us do good to all, especially to those who are of the household of faith. (Galatians 6:9-10)

10 Be kindly affectionate to one another with brotherly love, in honor giving preference to one another; 11 not lagging in diligence, fervent in spirit, serving the Lord; 12 rejoicing in hope, patient in tribulation, continuing steadfastly in prayer; 13 distributing to the needs of the saints, given to hospitality. (Romans 12:10-13)

Brethren, we continue to help our poor brethren and have been blessed with being the most faithful Church of God (and with the most growth) in the 21st century: Let us not grow weary while doing good!