The initial severe food shortages related to COVID-19 have not come back to our area, though there are some shortages still. Furthermore, the US is seeing a rise in food prices (see ‘US grocery costs jump the most in 46 years’ ‘When money fails’). We have basically been fine here, though some items have been more difficult to attain than before.

As far as church finances go, thus far donations to the CCOG in the USA have not gone down as the result of COVID-19–currently, USA income is up. That is especially good as we have had to send more funds than normal to parts of Africa mainly because of government-caused food problems this year related to COVID-19.

Because of numerous health issues, John Hickey asked me to find a replacement for him as the proof reader for our Bible News Prophecy magazine and other literature. As Jaison Curtis from the United Kingdom had asked if he could volunteer to do this years ago, when I asked him this past week, he accepted. 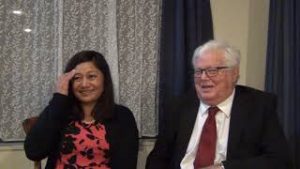 I wish to thank John Hickey for his service as proof reader of the magazine for these many years as well as other service to the Church of God, as well as Jaison Curtis for answering the call.

John Hickey and his health issues remain in my prayers.

We are approaching the Day of Pentecost. In 2020, it is on May 31, and the actual observation begins the evening before at sunset on May 30th and runs through sunset on May 31st. Since that means back-to-back Sabbaths, you should plan accordingly as the Bible teaches, “You shall do no customary work on it” (Leviticus 23:15).

Feast of Tabernacles in 2020

In 2020, Feast of Tabernacles’ services are to begin the evening of October 2nd and continue until the Last Great Day which is October 10th.

Because of COVID-19 concerns, there may be issues in various locations for the Feast of Tabernacles in 2020. Irrespective of the views of some (e.g. VOA: Are Religious Services ‘Essential’ During Pandemic? COGwriter: Yes, true Christians should ‘gather together,’ though atheists do not understand), we consider holding religious services like the Feast of Tabernacles to be essential.

However, there may be changes in location and how we can conduct services. Yet, we will still intend to hold services for the Feast of Tabernacles and encourage all who can attend to attend.

As far as the United States goes, my initial contact with a hotel in San Antonio, Texas is no longer working there. Our new contact says that all should be fine. She stated that everything is to be open and basically normal in San Antonio by sometime in July, which she interpreted to mean that all should be fine for the Feast of Tabernacles in October. We are in the process of hopefully finalizing a contract we received several hours ago. If that does not happen, we have another hotel in mind in San Antonio.

As mentioned before, we are working on a backup plan in Texas in the event hotels are unable or unwilling to have group conferences in October (such as if government officials install some last minute restrictions). It is our firm expectation to hold the Feast of Tabernacles in San Antonio, Texas or within an hour or so drive of it.

COVID-19 is pointing to greater divide in the world, and in particular, the USA (see COVID-19 divides the USA even more. MS: America Has Become A Powder Keg That Is Ready To Explode At Any Time). Expect more civil unrest and violence. The ‘ride’ of the second horseman of the Apocalypse (which happens after the second seal is open) is getting closer and possibly will begin this year. Yet, contrary to the claims of some who call themselves “Church of God,” the fifth seal of Revelation 6 has not been opened and the second, third, and fourth ones need to be open before the fifth one (which is related to the start of the Great Tribulation) is opened.

Related to government restrictions put in place after the outbreak of COVID-19, commentator Dennis Praeger stated that the “the worldwide lockdown is … possibly, the worst mistake the world has ever made” (see Mnuchin Unemployment numbers to worsen; Praeger: Worldwide Lockdown May Be The Greatest Mistake In History). While that is not the case, it may be one of the greatest economic mistakes intentionally made.

On the other hand, perhaps it should be pointed out that some believe that the coronavirus is giving the world an opportunity to build a better society (see USA Today: Coronavirus gives us a chance to rebuild society together. Let’s not blow it.). The Bible does not support that view, but instead indicates that steps similar, but harsher, than those associated with COVID-19 will be implemented by a totalitarian leader. The recommended sermonette for this week relates to this basic topic: COVID 19: Prelude to a New World Order?

Something else that is still going on is Brexit–the BRitish EXIT from the European Union. The Europeans report that the negotiations are not going well as the EU wants to insist that the UK accept its standards and the UK has basically stated that the point of Brexit was to not have to comply with EU directives (see DW: German Foreign Minister Maas warns of hard Brexit as talks stall; COGwriter: What type of New World Order is he pushing for?). This, ultimately, will not end well for the UK, or the rest of Europe for that matter.

The Book of Hebrews has the following:

8 though He was a Son, yet He learned obedience by the things which He suffered. 9 And having been perfected, He became the author of eternal salvation to all who obey Him, 10 called by God as High Priest “according to the order of Melchizedek,” 11 of whom we have much to say, and hard to explain, since you have become dull of hearing. (Hebrews 5:8-11)

Notice that Jesus learned obedience through what He suffered, which perfected Him. We, too, are to strive for perfection (Matthew 5:48).

Brethren, endure and learn through the tests and trials you suffer from.

Do not become dull of hearing.

Posted in Uncategorized
About CCOG
The Continuing Church of God, which attempts to represent the most faithful remnant of the Philadelphia (Revelation 3:7) portion of the Church of God, bases its beliefs on the Holy Bible. Read CCOG's statement of beliefs for more information.
Recent Posts