Our Google campaigns are going well.

According to a summary from Google, we had 9,920,000 computer impressions in the past 30 days. While that was less than the prior month, that still is fantastic.

We have information on church history and God’s plan of salvation that we are promoting around the world as we work to fulfill Matthew 24:14, Matthew 28:19-20, and Romans 11:25.

Greetings from kenya.
It was a wonderful Sabbath yesterday when I met our brethren in Migori.  The service was so good where we discussed so many issues concerning the growth of the CHURCH. We also discussed how we can have our own hall in Migori. The rent that they are paying every month is higher. So it was a good suggestion to build up a meeting hall. I also met three new brethren who joined the CHURCH OF GOD from Pentecostal churches. They liked the way how CCOG is organised and how you channelled the work in CCOG.
I read your massage of encouraging brethren to stay in faith.
Evans

There are many congregations in Africa and it was good that Evans Ochieng was able to visit this one and meet with our newest brethren there.

Several weeks back, evangelist Ochieng visited a group that came to us who were once part of another COG:

I went to meet Joel’s group at Got kachola. It was a wonderful and fantastic event of the day. I wasn’t expecting such a wonderful meeting. I was very happy with those lovely people.  … I met 120 people who went out of UCG … It’s now two years since they went out of UCG but they are standing  themselves. They have not join any congregation. It’s now when they agreed themselves to work with CCOG.  They make this decision because of stability in the CHURCH (CCOG). That day I took so many different books and magazines to them.  I took all types of copies of books we have and some magazines. They were very happy and confirmed to me that they are CCOG members as from that date.  Those people worked hard after leaving UCG and built a wonderful meeting hall themselves. I’m trying to send you some vedeos of how they were talking through WhatsApp. Even though mostly they were talking in Luo language. But I’ll send all of them to you.
I was very happy the way those people are handling themselves in the CHURCH services.  Very good people.
They appreciates the way how CCOG is organised and how you channelled the work in CCOG. They recognised CCOG as the TRUE CHRISTIAN CHURCH TODAY. I also gave them the 10 copies of the book of (WHERE IS THE TRUE  CHRISTIAN CHURCH TODAY).  The meeting was very good.
Evans
Ps I took a photo of their church hall that they built themselves after going out of UCG. 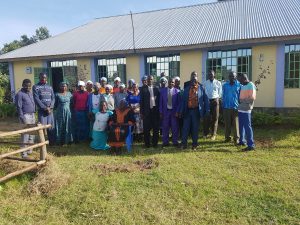 This group contacted us about two years ago and started looking at us and us them.

Jacob Otieno from the Giribe congregation sent the following photos of their meeting hall and chairs: 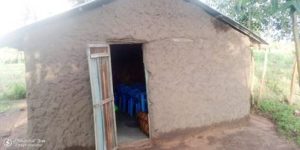 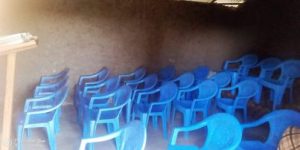 We recently assisted the Giribe congregation by providing some funds to purchase the plastic chairs shown above.

On other matters, I received a prayer request from our leader in Ghana. Please pray for Pastor Samuel Ofosu that he will recover and gain his health back. Also, please pray, as Jesus said, for more laborers for the harvest.

The USA, Australia, Canada, and the UK issued a statement criticizing Chinese treatment of the Uyghurs, but New Zealand abstained (see ‘Five Eyes: Is the alliance in trouble over China?’ as New Zealand does not endorse condemnation of China over Uyghur treatment). If New Zealand thinks this will prevent major issues in the future, it is incorrect. On a somewhat related note, Australian leaders are concerned that a war with China may come (see Australian leaders expect war with China, so does COGwriter). I have long believed that after the USA is gone (cf. Daniel 11:39) that the land of Australia and New Zealand would be taken over by China, and possibly Japan.

In Germany, the Green Party, which has tended to be somewhat pacifist on military matters, has put forth support for a European army (see Express: EU Army warning: Candidate to replace Merkel demands ‘serious steps’ taken – huge backlash; PESCO is in the American Interest?). According to the Bible, Europe will end up with a “great army” and use it (Daniel 11:25).

Many in, or once part of, the French military are concerned about the possibility of a civil war because of the major presence of Islam in France (see Poll: Majority of French Agree With Military Generals That the Country is Heading Towards “Civil War”).

Jesus told of a time of wars and rumors of wars (Mathew 24:4-8) during the beginning of sorrows and we seem to be in such a time.

1 Therefore, having been justified by faith, we have peace with God through our Lord Jesus Christ. 2 Through Whom we also have access by faith into this grace in which we stand, and we ourselves boast in the hope of the glory of God. 3 And not only this, but we also boast in tribulations, realizing that tribulation brings forth endurance, 4 And endurance brings forth character, and character brings forth hope. 5 And the hope of God never makes us ashamed because the love of God has been poured out into our hearts through the Holy Spirit, which has been given to us. (Romans 5:1-5, AFV)

5 For we through the Spirit eagerly wait for the hope of righteousness by faith. 6 For in Christ Jesus neither circumcision nor uncircumcision avails anything, but faith working through love. (Galatians 5:5-6)

8 But let us who are of the day be sober, putting on the breastplate of faith and love, and as a helmet the hope of salvation. (1 Thessalonians 5:8)

So, the Apostle Paul frequently tied faith and love in with hope.
While we have had sermons on love and faith, this week’s recommended sermonette has to do with hope.

Yes, brethren we do have hope:

13 But I do not want you to be ignorant, brethren, concerning those who have fallen asleep, lest you sorrow as others who have no hope. 14 For if we believe that Jesus died and rose again, even so God will bring with Him those who sleep in Jesus.

15 For this we say to you by the word of the Lord, that we who are alive and remain until the coming of the Lord will by no means precede those who are asleep. 16 For the Lord Himself will descend from heaven with a shout, with the voice of an archangel, and with the trumpet of God. And the dead in Christ will rise first. 17 Then we who are alive and remain shall be caught up together with them in the clouds to meet the Lord in the air. And thus we shall always be with the Lord. 18 Therefore comfort one another with these words. (1 Thessalonians 4:13-18)

This world will be replaced by the coming Kingdom of God.

Comfort one another with that hope.