As always, much is going on around the world. 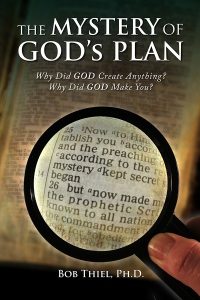 Last Sabbath, I started a short sermon series related to the book: The MYSTERY of GOD’s PLAN Why Did God Create Anything? Why did God make you?

The book is in a draft form, and while a version can be read online, it is likely not going to be finalized for another month or so.

That being said, this book restores and helps explain aspects of God’s plan that many, including those in various Church of God groups, do not understand or teach.

Having the book and the sermons should help us better grasp God’s plan and motivate us to live as better Christians.

For the past couple of months, I have been receiving inquiries from a group that identified itself as the “Nyabioto independent church of God.” Nyabioto is about 20 km/13 miles west of Kisii in Kenya. My contact in the Nyabioto group, Isaac Ondara sent the following photograph: 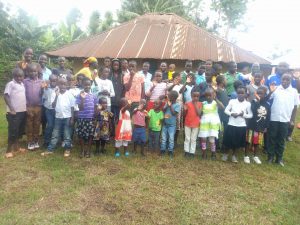 Evangelist Evans Ochieng sent Ezekiel Oanda to visit them on behalf of the CCOG last Sabbath. Isaac Ondara said the visit went well. This group has been studying our literature for about two years. They had a Seventh-day Adventist background prior to becoming COG–and the SDAs have a major presence in that area. Evangelist Ochieng plans to visit them this Sabbath.

Over in Malawi, another group has contacted us. Deacon Radson Mulozowa was able to meet with their leader. Here is what the leader from the other group sent me today:

We had good time with deacon Radson, he did his best to welcome my family and all my churches to ccog, Am very happy with all the teachings,we have agreed of working together to promote the kingdom of God with the whole truth,please we need more teachings and that we want to learn a lot from you my dear man of God, lastly we need your prayers.

Please keep those in Malawi and the rest of Africa in your prayers.

Russian President Vladimir Putin stated that “the US dollar may soon collapse.” Russia (see Vladimir Putin: The US dollar will collapse soon), Europe (see also Russia interested in EU’s PEPSI to help dethrone USA’s dollar), and other nations (e.g., see BRICS vow to fight for a new world order and BRICS: Gentiles plan to break Ango-American dominance) are working towards a world without Anglo-American dominance. And such a world will come (cf. Revelation 13; Daniel 11:39) and be a time of trouble for those of the Anglo-American nations (cf. Jeremiah 30:7).

In other prophetic related news, we are seeing reports that look to be setting up for the ride of the pale horse of the Apocalypse (Revelation 6:7-8). We are seeing more resistance to antibiotics as well vaccine-caused illnesses and unclean meat related deaths (see CDC: Antibiotic resistance increasing; China has confirmed cases of the plague). Our recommended sermonette for the week is related to that: Superbugs, antibiotics, and vaccines (after we produced that sermonette, it was reported that another person in China died of getting the plague from eating a rabbit (a biblically unclean animal). Furthermore, governments are actually considering using man-made infections to use in warfare (see DARPA: ‘Militarized Microbes’ To Spread GMO Bacteria). More deaths from pestilences are prophesied.

Pray for God’s Kingdom to come as Jesus said in Matthew 6:10.

God’s plan is a mystery to most. Notice something that the Apostle Paul  wrote about that:

25 Now to Him who is able to establish you according to my gospel and the preaching of Jesus Christ, according to the revelation of the mystery kept secret since the world began 26 but now made manifest, and by the prophetic Scriptures made known to all nations, according to the commandment of the everlasting God, for obedience to the faith —  27 to God, alone wise, be glory through Jesus Christ forever. Amen. (Romans 16:25-27)

Brethren, we are doing a work that helps manifest the prophetic scriptures and reveals various mysteries kept secret since the world began.