Home › Questions and Answers › What is the Ezekiel Warning?

What is the Ezekiel Warning?

The Ezekiel warning is essentially a message warning the end time descendants of Israel (including the descendants of Joseph’s sons Ephraim and Manasseh; cf. Genesis 48:3,11,16) of what will befall them in the last days if they fail to repent.

While there are warnings throughout that prophetic book, at least since the 20th century, chapters 3, 5, and 6 have been the emphasis of the Ezekiel warning.

The prophet Ezekiel had various warnings. Let’s start off with chapter 3:

Warning the Israelite descendants of their sins and fate if they fail to properly repent is a major part of the warning–that is also consistent with other parts of the Bible such as the following:

1 Cry aloud, spare not;
Lift up your voice like a trumpet;
Tell My people their transgression,
And the house of Jacob their sins. (Isaiah 58:1)

Such warnings are regular features of the COGwriter Church of God News page as well as messages from the Continuing Church of God.

1 “And you, son of man, take a sharp sword, take it as a barber’s razor, and pass it over your head and your beard; then take scales to weigh and divide the hair. 2 You shall burn with fire one-third in the midst of the city, when the days of the siege are finished; then you shall take one-third and strike around it with the sword, and one-third you shall scatter in the wind: I will draw out a sword after them. 3 You shall also take a small number of them and bind them in the edge of your garment. 4 Then take some of them again and throw them into the midst of the fire, and burn them in the fire. From there a fire will go out into all the house of Israel. (Ezekiel 5:1-4)

The first three and one half verses are pointing to the descendants of Joseph (the USA and British descended peoples), whereas the last half of verse 4 is a reference to the rest of descendants of the sons of Israel (see also Anglo – America in Prophecy & the Lost Tribes of Israel).

1 Now the word of the Lord came to me, saying: 2 “Son of man, set your face toward the mountains of Israel, and prophesy against them, 3 and say, ‘O mountains of Israel, hear the word of the Lord God! Thus says the Lord God to the mountains, to the hills, to the ravines, and to the valleys: “Indeed I, even I, will bring a sword against you, and I will destroy your high places. 4 Then your altars shall be desolate, your incense altars shall be broken, and I will cast down your slain men before your idols. 5 And I will lay the corpses of the children of Israel before their idols, and I will scatter your bones all around your altars. 6 In all your dwelling places the cities shall be laid waste, and the high places shall be desolate, so that your altars may be laid waste and made desolate, your idols may be broken and made to cease, your incense altars may be cut down, and your works may be abolished. 7 The slain shall fall in your midst, and you shall know that I am the Lord.

8 “Yet I will leave a remnant, so that you may have some who escape the sword among the nations, when you are scattered through the countries. 9 Then those of you who escape will remember Me among the nations where they are carried captive, because I was crushed by their adulterous heart which has departed from Me, and by their eyes which play the harlot after their idols; they will loathe themselves for the evils which they committed in all their abominations. 10 And they shall know that I am the Lord; I have not said in vain that I would bring this calamity upon them.” (Ezekiel 6:1-10)

In 1980, the late Herbert W. Armstrong wrote the following related to the Ezekiel warning:

There is duality here. First, God sets a modern “Ezekiel” as a watchman. Then the PEOPLE set him as their watchman.

UNDERSTAND THIS! In Ezekiel’s day he was a P.O.W.—a prisoner of war, taken from his own country into Babylon. The people of Judah never set him as their watchman. But Christ’s Apostle for our day has been set—first by Christ, then by the people of God—as their watchman. That is, one to watch events as they fulfill prophecy, to perceive and warn the people of the 20th-century house of Israel when such military invasion is reasonably imminent. He would have to be one with facilities available for warning the whole nations of America and the British peoples.

WHO ELSE, in our time, knows who are the modern Lost Ten Tribes—the HOUSE OF ISRAEL? No other church or leader has this knowledge.

Now what is the very crux of Ezekiel’s WARNING? It is found in chapters 5 and 6. God says to 20th-century British and Americans (5:8-9), “Therefore thus saith the Lord God: Behold I, even I, am against thee and will execute judgments in the midst of thee in the sight of the nations. And I will do in thee that which I have not done, and whereunto I will not do any more the like, because of all thine abominations!” (Emphasis mine.) Compare with Matthew 24:21; Daniel 12:1-2; Jeremiah 30:3-7.) There can be only one time of trouble more severe than any before or since. These four prophecies all speak of THE GREAT TRIBULATION. Jeremiah shows it will be primarily that of the British and Americans. Ezekiel shows, as quoted below, the nature and extent of that trouble.

Ezekiel’s prophecy continues, “Wherefore, as I live, saith the Lord God, Surely, because thou hast defiled my sanctuary with all thy detestable things, and with all thine abominations, therefore will I diminish thee; neither shall mine eye spare, neither will I have any pity. A THIRD PART OF THEE SHALL DIE WITH THE PESTILENCE and with famine will they be consumed in the midst of thee: AND A THIRD PART SHALL FALL BY THE SWORD [nuclear destruction of our cities—see later, from chapter 6] … and I will scatter a third part into all the winds, and I will draw out a sword after them. Thus shall mine anger be accomplished, and I will cause my FURY to rest upon them, and I will be comforted: and THEY SHALL KNOW THAT I THE LORD HAVE SPOKEN IT IN MY ZEAL, WHEN I HAVE ACCOMPLISHED MY FURY IN THEM” (Ezekiel 5:11-13, emphasis mine).

This is to be the most terrible fate ever to happen to any people! God is going to send it upon peoples who, more than any others, have KNOWN HIS WILL—and have ignored it and rebelled against Him!

God has blessed us as no other nations! Not only has He blessed us with material wealth and national greatness unmatched, but He has blessed us with His TRUTH which our nations have spurned. We have made atheistic evolution the very foundation of our educational system, in which we have reared our children. Hundreds upon hundreds of our churches have idols that are adored. We Americans took our land away from the Indians and treated them unfairly. Our sins are monumental!

In chapter 6:6-8, a continuation of the above, “In all your dwelling places [different countries to which they shall have emigrated by the 20th century] THE CITIES SHALL BE LAID WASTE … and the slain shall fall in the midst of you, and YE SHALL KNOW THAT I AM THE LORD. Yet will I leave a remnant, that ye may have some that shall escape the sword among the nations when ye shall be scattered through the countries.”

The phrase “YE SHALL KNOW THAT I AM THE LORD” is frequently used by Ezekiel, designating Christ’s Second Coming in GLORY and POWER! This great calamity foretold by Ezekiel actually shall begin in the “GREAT TRIBULATION” but will continue through the “DAY OF THE LORD”—the time of God’s “FURY” mentioned earlier, and until Christ’s coming in SUPREME POWER to RULE!

Ezekiel definitely pin-points this prophecy to “the HOUSE OF ISRAEL”—which is 20th-century United States and the British nations—later in this 6th chapter:

“And they shall know that I am the LORD, and that I have not said in vain that I would do this evil unto them. Thus saith the Lord God, smite with thine hand, and stamp with thy foot, and say, Alas for all the evil abominations of the house of Israel! For they SHALL FALL BY THE SWORD, BY THE FAMINE, AND BY THE PESTILENCE … thus will I accomplish my FURY upon them. Then shall ye know that I am the LORD! …” (verses 10-13).

Again I repeat, “they shall know that I am the LORD” is a phrase Ezekiel uses continually to designate the Second Coming of Christ, when they will KNOW that He is LORD! Also this removes all doubt that this prophecy pertains to the Lost Ten Tribes of THE HOUSE OF ISRAEL who, today are the United States and British nations! (Armstrong HW. AMERICA THE BEAUTIFUL – AMERICA THE CONDEMNED. Plain Truth, June-July 1980)

The Ezekiel warnings are now being at least partially fulfilled now by numerous warnings at COGwriter.com, CCOG websites, radio appearances, and Bible News Prophecy channel videos. There are an average of at least three posts per day at COGwriter.com, and most of those are consistent with fulfilling the watchman role.

For example, as far as pointing out sins, notice a sample of some:

We have also regularly denounced false prophets and false teachers so people can be warned about them as well.

We do serve as a ‘watchman.’ Notice also the following video on our Bible New Prophecy YouTube channel: 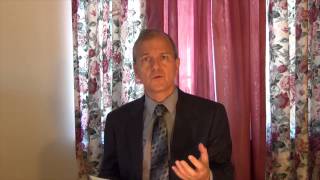 ‘Go set a watchman’ was an immediate best selling novel.  Although the title comes from the Bible, the content of the book does not.  What does the Bible teach about the ‘watchman?’  What is the work of the watchman in the 21st century? What did Jesus teach? Should you be watching world events per Luke 21?  What has the position been of the Philadelphia portion of the Church of God on this?  What does the Continuing Church of God teach?

A written article of related interest is titled:  ‘Go Set a Watchman’ sells over a million copies–but it is NOT doing the real ‘watchman’ duty

Here is a link to our video: Go, Set a Watchman.

The New Testament shows that a remnant of Israel will be saved in this age:

“Though the number of the children of Israel be as the sand of the sea,
The remnant will be saved. (Romans 9:27)

We in the Continuing Church of God are reaching those of Israelitish descent as God calls them (John 6:44).

We have the following English-language focused websites, presence, and channels:

We also have audio and video channels, such as the following:

The Continuing Church of God is serious about getting out the Ezekiel warning.

As far as reaching Gentiles, we also have sites and channels devoted to that–check out: What About Romans 11:25 and the Full Number of the Gentiles?