We’ve been working on many details, including the finalization of a commercial book.

The book is titled Donald Trump and America’s Apocalypse: 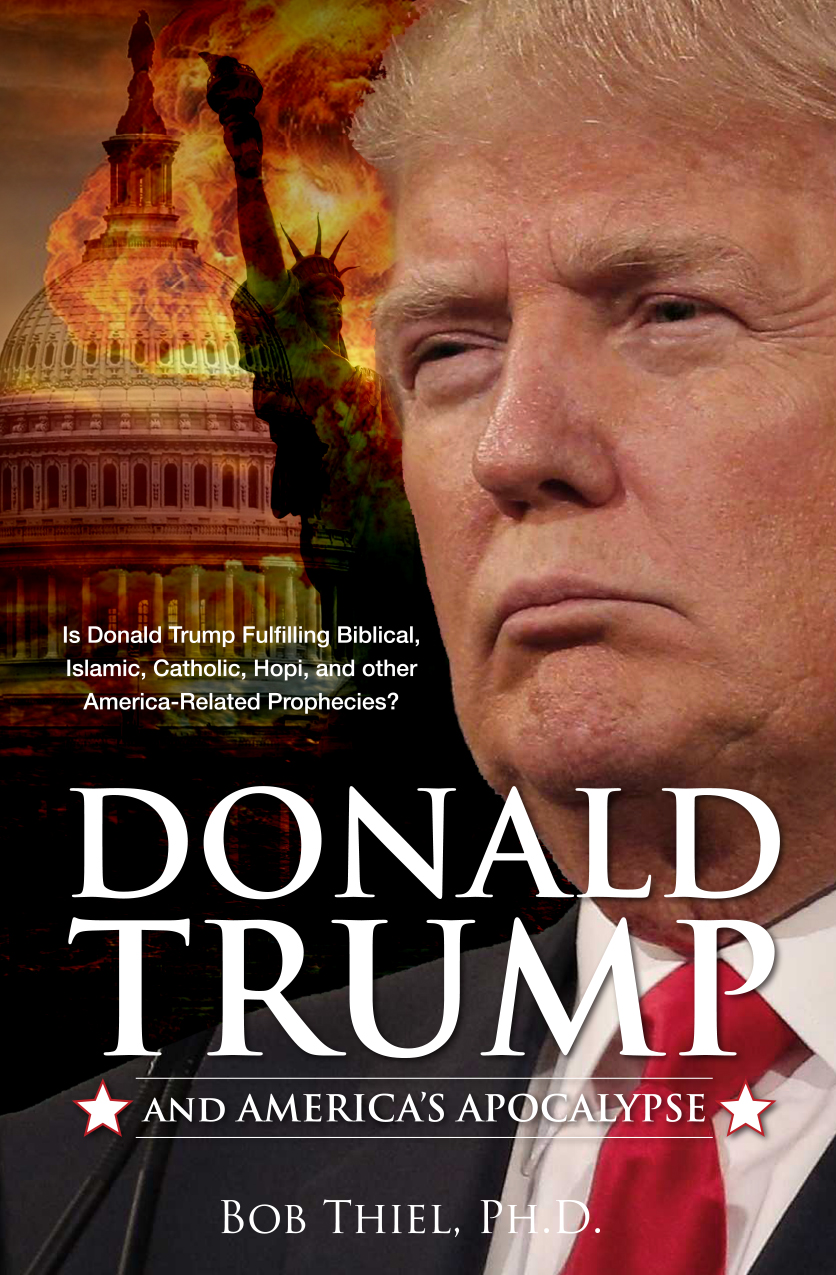 In addition to getting out prophetic and biblical information to those that may not otherwise be exposed to the specifics in the book, having a book like this assists in getting radio interviews. Additionally, this book contains an advertisement for a free copy of our booklet The Gospel of the Kingdom of God.

Anyway, the book is available on Amazon (printed version Donald Trump and America’s Apocalypse) and Amazon Kindle. Amazon allows the book to be offered for FREE for five days and you DO NOT NEED a Kindle device to get it. Because the book is listed on Kindle, this is essentially the only way it is allowed to be given away free. The five days began today, so to get your free copy go to: Donald Trump and America’s Apocalypse.

Shortly after last week’s Letter to the Brethren was sent out, Kenya-based Pastor Evans Ochieng sent the following report about his trip to Tanzania:

Martin Wanga and Andrew will attend the conference in Nairobi Kenya in February 2017.  I gave them their transport to Nairobi.

Martin and Andrew will go to meet some old members of community international church of God who called them to go and meet on next sabbath. This people were discouraged by the work which, that church was doing. But they are happy with the work of CCOG.

Let us pray for the trip of our two brothers and the work which they will do on sabbath. When I was coming back I met our brother Samson who came into Kenya to visit some relatives. We discussed more about holy names that some people are thinking that these names can purify a person. After a long discussion, we finalized by saying that Samson will keep on working together with Martin Wanga.
Evans

This is great news. By “community international church of God” Pastor Evans is referring to COG, aIC  (which is led by David Hulme). We have had contact with some of their former members before in Tanzania (and elsewhere) and perhaps more of them will decide to support the Continuing Church of God.

Here is an update related to Malawi and Mozambique

I talked with Molozowa from Malawi this evening. He gave me a good update. They kept sabbath with 15 brethren and the sabbath was very good. He told me that the passports of our two brethren, Matiya from Mozambique and Hosea from Malawi, their passports will be ready by Tuesday. So let us wait and confirm that on Tuesday. I was in Nyakach.

So, hopefully, one or more from Mozambique will be able to attend the CCOG African leadership conference next month.

Speaking of the conference, please pray for the safety of the attendees as well as for ‘political calm’ in Nairobi. The last time I was there terrorists struck. This time there is talk of some political/civil unrest.

Herb Haddon sent the following in an email:

Checking to see if there is any interest in meeting in Montreal (or thereabouts) for the start of the spring Holy Days?

We would arrive at a meeting room for the Passover Service (baptised members) on the evening of April 9h (Sunday). On the next evening (April 10 – Monday) we would meet for the Night to be Much Observed meal (location pending). On Tuesday April 11 we would meet for the First Day of Unleavened Bread Holy Day (place and time to be announced).

This is a VERY preliminary check for interest.  All the main plans (room, hotel, etc), as well as the incidentals will be addressed at a later time.

Keeping in mind that finances are tight for all of us, we will be trying to keep it as inexpensive as possible.
Your brother in Christ
Herb

The Spring Holy Days will be here soon (for a calendar, go to Holy Day Calendar).

While my wife Joyce and I do not expect to go Montreal, if you might, you can email Herb Haddon at hwhaddon@gmail.com.

Google reported that our campaign with them reached 3,392,662 computers last month. Though this is down a little from the previous month, it still shows that we are diligently working to fulfill Matthew 24:14 and Matthew 28:19-20. We are reaching out to millions.

Friday, I ended up being on the Republic Broadcasting Network (RBN) at 1:00 pm Central Standard Time (11:00 am PST) on the Nutri-Medical Report. The Republic Broadcasting Network has listeners in many nations around the world. The host and I discussed some items related to news events associated with the 6000/7000 year plan, US President-elect and Europe, and persecution.

Now, I am scheduled to be on the same program today (Thursday) on the Republic Broadcasting Network (RBN) at 2:00 pm Central Standard Time (12:00 pm PST). We expect to talk about Donald Trump and a book I have written related to him and prophecies.

Earlier today, CCOG Serbian host, Aleksandar ‘Sasha’ Veljic was interviewed for two hours over an internet radio program (NCI Family Radio) on matters of church history and keeping God’s commandments and Holy Days (I was able to hear much of it). He also warned that the ‘supposed Christian church’ is paganized, that persecution will come, repentance is needed, a German ‘son of perdition’ would rise, that the USA and the other Anglo-Saxon nations will not last, and that the Kingdom of God is coming.

We are reaching people over actual and internet radio.

We sent out annual receipts to USA donors a few days ago. If you do not receive a receipt and need one, please contact me: email cogwriter@aol.com.

Whether it is posturing or not, the United Kingdom has stated that it wants to completely leave the European Union and that it is not going to be willing to anymore accept EU rules or migration policies (see ‘UK’s May signals clean break with EU: No partial membership’). It is likely that the UK will increase trade with some current and former Commonwealth nations as well as with the USA. The Europeans will not like that, but we will see what happens once the UK begins to negotiate its way out of the EU–and this is supposed to start sometime in March 2017.

Over in Davos, Switzerland at the World Economic Forum, US Vice President Joseph Biden complained that Russian interference in elections is intended “to collapse the liberal international order” (see Globalists meet in Davos). Russia became more distant from the USA several years ago when it would NOT go along with the ‘liberal international” LGBT agenda, and Russia still is not interested in that. But, have no doubts, while the USA will end up being destroyed by it, a Babylonian international order will form . Whatever Russia has done or will do will not prevent it.

Over in the USA itself, many are hopeful and many are fearful about what will happen in a Donald Trump presidency. It may be of interest to note that so far, world events have started to confirm at least four biblically-based warnings I said to expect if Donald Trump was elected to be the President of the United States (see Fourth COGwriter warning about Donald Trump confirmed). Prophecy is moving forward.

10 But the day of the Lord will come as a thief in the night, in which the heavens will pass away with a great noise, and the elements will melt with fervent heat; both the earth and the works that are in it will be burned up.  11 Therefore, since all these things will be dissolved, what manner of persons ought you to be in holy conduct and godliness, 12 looking for and hastening the coming of the day of God, because of which the heavens will be dissolved, being on fire, and the elements will melt with fervent heat? 13 Nevertheless we, according to His promise, look for new heavens and a new earth in which righteousness dwells.

14 Therefore, beloved, looking forward to these things, be diligent to be found by Him in peace, without spot and blameless; 15 and consider that the longsuffering of our Lord is salvation — as also our beloved brother Paul, according to the wisdom given to him, has written to you, 16 as also in all his epistles, speaking in them of these things, in which are some things hard to understand, which untaught and unstable people twist to their own destruction, as they do also the rest of the Scriptures.

17 You therefore, beloved, since you know this beforehand, beware lest you also fall from your own steadfastness, being led away with the error of the wicked; 18 but grow in the grace and knowledge of our Lord and Savior Jesus Christ. (2 Peter 3:10-18)

Brethren, we are not to despise prophecies (1 Thessalonians 5:20) and be led away with the error of the wicked. Be steadfast and grow in grace and knowledge.